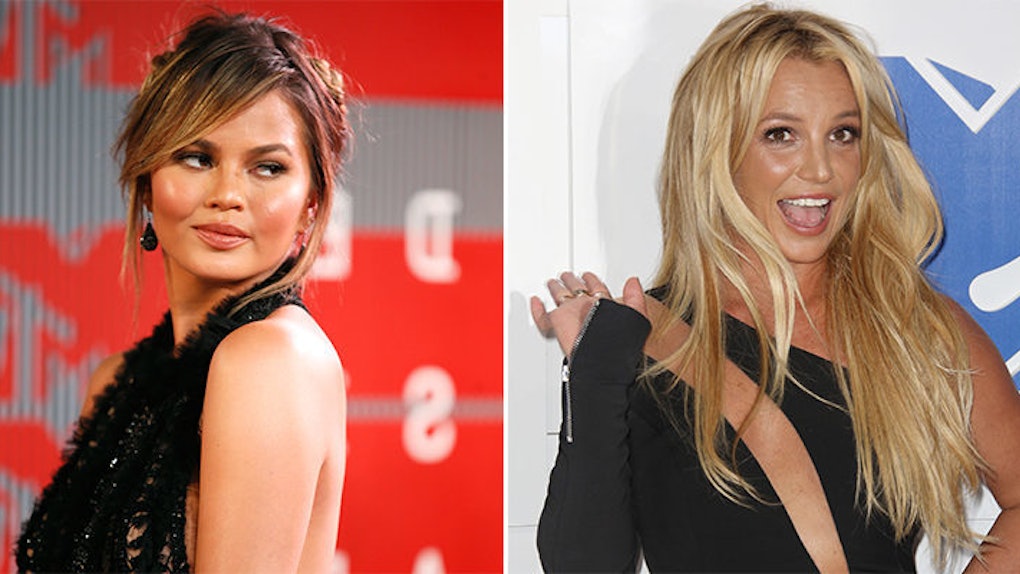 I think we're all on the same page when I say the VMAs last night were, honestly, epic.

From Farrah Abraham totally rocking her Wonder Woman ensemble to Rihanna giving Drake the most adorable kiss ever (literally teared up from SO many feels) -- this year's awards show was certainly one for the books.

Let's be real, though, we all casually wanted to dance with Ariana Grande's brother who was totally killing it all by himself. You rock, dude.

But hold UP one second here, because the VMAs would not be complete without some possible shade thrown, right?!

OH DAYUM, it seems like Chrissy Teigen was V pissed about something that went down at the VMAs.

Naturally, Twitter freaked out. Some people came to the same conclusion: Could Chrissy Teigen be calling out Britney Spears?!

This person took the shade train a step further, accusing Britney of lip syncing at the VMAs.

Shots were FIRED back and forth.

Could Britney's possible lip syncing actually be the reason behind Chrissy's cryptic tweet?!

Let's do a little digging, shall we?

We reported last week Britney Spears lip synced her way through James Corden's “Carpool Karaoke,” and it was MAD awkward.

And here's the video from last night, of Britney Spears performing with ~sexy~ G-Eazy.

Have a look for yourself and you be the judge.

This Twitter user is straight SET on Britney Spears lip syncing last night, holding nothing back.

Chrissy Teigen IS the queen bee of Spike TV's “Lip Sync Battle,” so I feel like she would be the pro to know if someone is lip syncing?!

I guess we'll JUST have to wait and see if Chrissy updates us more on this cryptic situation.