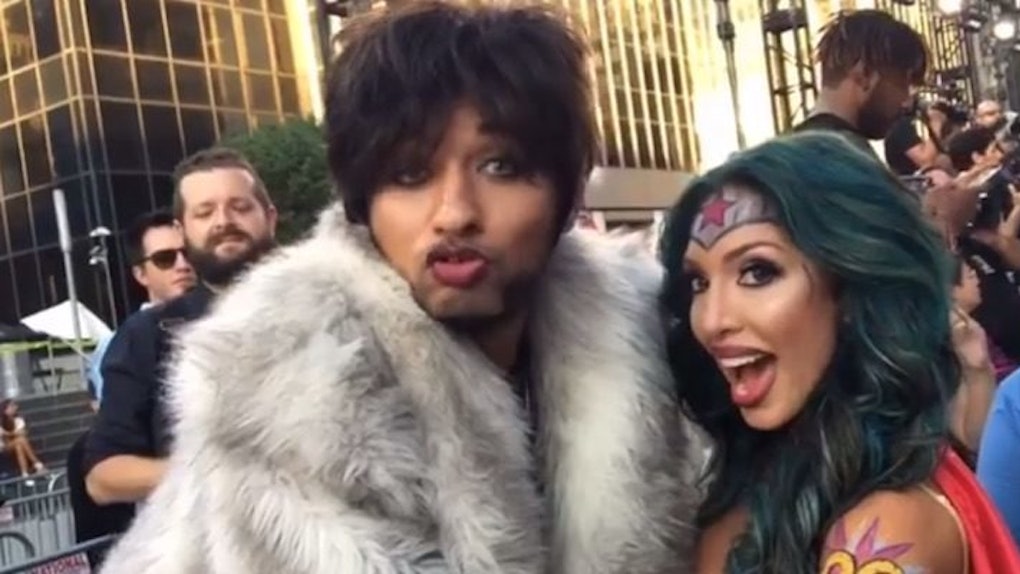 Yep, Farrah Abraham Showed Up To The VMAs Dressed As Wonder Woman

In the case of infamous “Teen Mom” Farrah Abraham, however, the nickname is a lot more literal. Abraham rolled up to the 2016 MTV Video Music Awards wearing a Wonder Woman costume, believe it or not.

From a quick glimpse as she arrived, it seems Abraham is pairing her statement costume with long green locks. Maybe she's Wonder Woman cosplaying as a mermaid?

She also posed with internet-favorite character Joanne The Scammer on the white carpet, shouting out MTV's  “Teen Mom OG,” on which she appears.

The internet is loving it, of course. Way to make a grand entrance, Farrah.