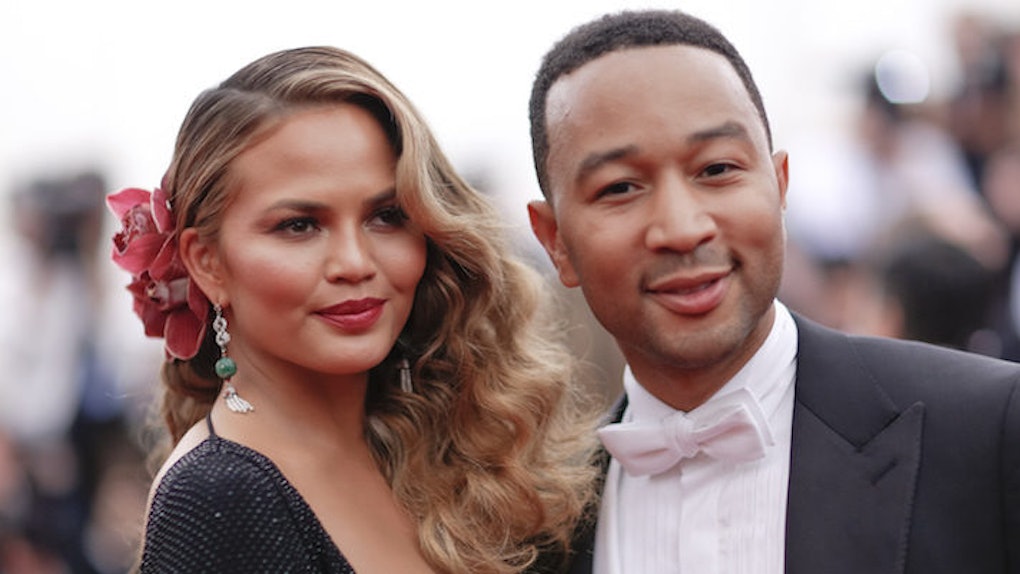 Chrissy Teigen Says John Legend Tried To Break Up With Her

Obviously, no one is perfect, but as far as "perfect couples" go, Chrissy Teigen and John Legend are definitely at the top of the list.

These two are beautiful, sure, but there's something almost intangible about their relationship that makes them appear perfect in nearly every way.

For starters, Teigen and Legend are each wildly successful in their professional careers, so when you put them together, it really feels like a superstar powerhouse partnership.

In addition to their individual success, the pair have an absolutely adorable daughter, Luna Simone Stephens, together.

Thanks to a recent interview Chrissy Teigen did with Cosmopolitan, though, we now know things may not be as perfect as they appear on the surface.

In the interview, 30-year-old Teigen opened up about a number of topics, including the time John Legend tried to break up with her.

I didn't know it, but John used to be a notorious modelizer. To me, he was the sweetest teddy bear. What's funny is that I get along with everyone he's ever been with. I end up really liking them. After I see them, I'll tell him, 'Oh, I was on-set with your ex today — it was fun!' ... It was before me, so it's fine.

Early on in the relationship, I was on tour with him and he'd gotten sick. He was feeling really bummed and stressed out. He was like, 'I can't be in a relationship right now.' That lasted for one day. Literally, a day. I knew it came from a place other than us not working... I always joke, 'Remember when you tried to break up with me?' He's like, 'Yes, sorry. Big mistake.'

OK, so it sounds like John Legend was never really going to break up with Chrissy Teigen, but hey, you never know. All it takes is one loose thread to unravel a whole suit, right?