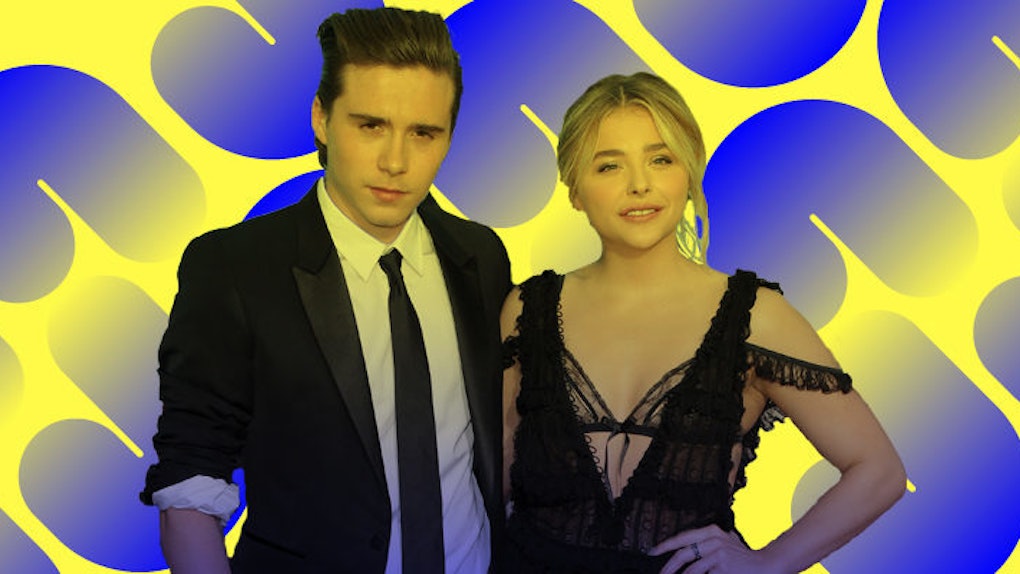 If I had to pick anyone to date in the world, it would probably be Brooklyn Beckham.

Hmm, OK, I should probably rethink that statement. I forget he's only, um, 17. Hahahaha don't arrest me, please.

Seriously, though, Chloë Grace Moretz is one lucky girl. The "Neighbors 2: Sorority Rising" actress and son of David and Victoria Beckham seem to be a match made in heaven.

They're constantly packing on the PDA and sharing photos of their relationship. When I was that age, I didn't even know what boys were.

This morning I woke up, sad and alone (what's new?) and found this adorable pic of Chloë Grace Moretz and Brooklyn Beckham on Insta.

SJFJSDJDSJSJ I'M NOT JEALOUS, YOU'RE JEALOUS.

Yeah, uhhh, if Brooklyn Beckham did that to me, I'd probably kill him (literally). It would be really, really romantic for that one second before he died, though.

I wonder what Chloë and Brooklyn were doing in this moment. Was she just like, "Lift me, baby, it will be so cute!" and he was like, "Take a pic of how strong I am!"

Relationship goals, am I right?

Brb, gonna go look in the mirror and cry.