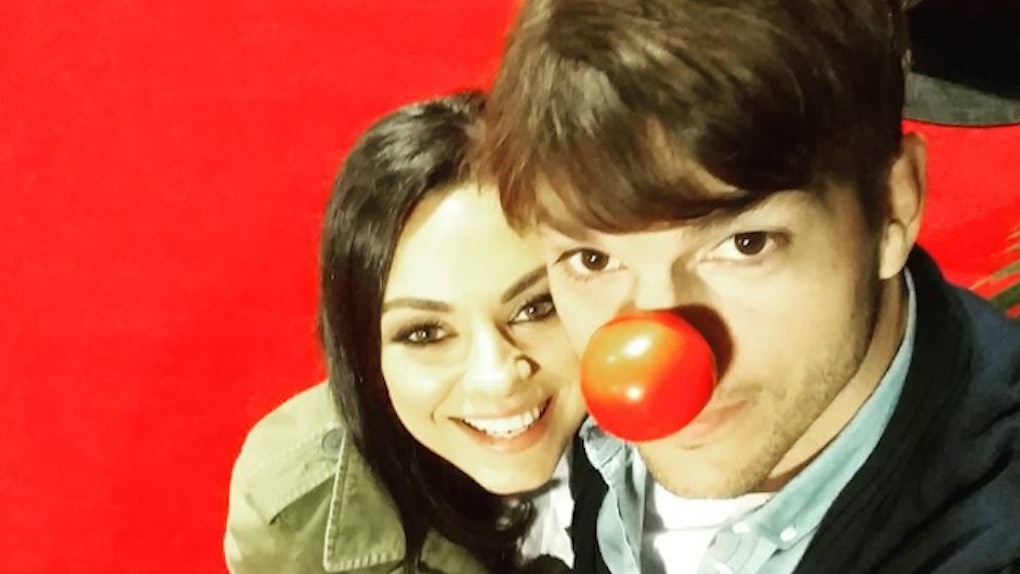 11 Celebrity Couples Who Got Married On A Holiday

Is getting married on a holiday really such a terrible idea? Studies show that you're more likely to get divorced if you do.

Instead of testing it out for yourself and going through heartbreak, let's analyze these celebrity couples who had holiday weddings instead. Gotchu fam.

I think we can all agree that Nicole Kidman and Tom Cruise were the Brangelina of their time (RIP Brangelina 2016).

They got married the same year they met on Christmas Eve in 1990. Eleven years was a long time, but "we were both so young," Kidman told Vanity Fair years later.

Victoria's Secret angel Adriana Lima and NBA player Marko Jaric were together for three years before eloping on Valentine's Day. They divorced after five years of marriage.

"Big Bang Theory" starlet Kaley Cuoco and tennis player Ryan Sweeting were married for a little less than two years before getting divorced earlier this year. They had a New Year's Eve wedding in LA back in 2013.

The divorce was finalized earlier this year and she's already posting mad grams with her new bae. But that's none of my business.

Kate Hudson and Black Crowes rockstar Chris Robinson got married on New Year's Eve as well. They were married for seven years before splitting up.

5. Will Smith and Jada Pinkett Smith

Will Smith and Jada Pinkett Smith are everyone's bae goals. They got married almost 20 years ago on New Year's Eve 1997. And we can't forget that they brought two of the coolest people into this universe: Jaden and Willow.

It's safe to say that Mary-Kate Olsen is just one example of the saying "age is just a number." She married her longtime boyfriend Oliver Sarkozy a day after Thanksgiving last year.

The only Halloween wedding up in here is Jamie Chung and Bryan Greenburg. He told Us Magazine "I'm the luckiest guy in the world!" Guess being different pays off.

Finally, a couple with a happy ending! DAT BABY BUMP! Katherine Heigl and country singer Josh Kelley got married two days before Christmas in 2007 and still look happier than ever. They're expecting their third child together -- it's a boy!

Hugh Hefner and former playmate Crystal Hefner (née Harris) got married on New Year's Eve in 2012. Harris is wife number three and is 60 years younger than Hefner, but they're still going strong. She may be onto something...

Last, but not least, we have Mila Kunis and Ashton Kutcher. The "That '70s Show" co-stars got married on Fourth of July last year and hearts all around the world were broken.

Out of 11 couples, five split up and six are still together. Granted, a lot of the couples that are still together are mostly newlyweds, but I'm rooting for you. I need a reason to have hope that my soulmate is still out there (on Tinder) somewhere.