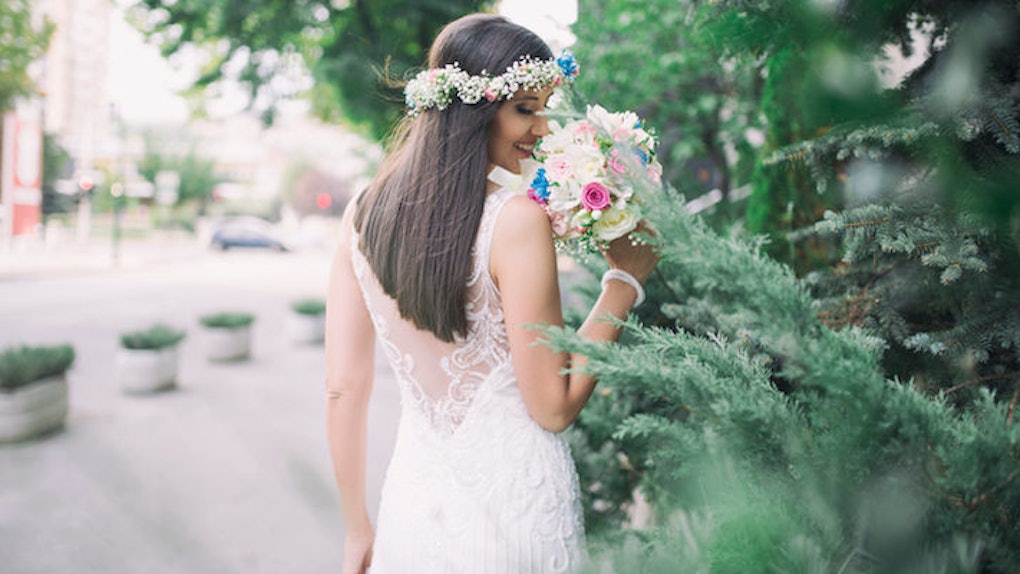 I HATE cheesy, overdone, glitzy, tacky weddings more than I hate grocery shopping (gag). Both overwhelm me and are a complete sensory overload, which sends me flying into an irrepressible panic attack.

It's a bit presumptuous to think that we all want to spend our favorite holiday watching you walk down an aisle in a white dress and a flower crown. You're not that special, honey. You're getting married. You're not winning a Pulitzer Prize.

That being said, I'm pretty amused to find out that, according to a new study by economists at the University of Melbourne in Australia, people who have gimmicky Valentine's Day weddings are actually at a substantially higher risk for divorce.

Couples who celebrated their weddings on Valentine's day or "special-number dates" (like 1/1/11 — gag) were 18 to 36 percent more likely to divorce than couples who married on regular, non-gimmicky dates.

According to the The Melbourne Institute Report, sweetly titled "Not Your Lucky Day: Romantically and Numerically Special Wedding Date Divorce Risks," these popular holiday, or lame-number wedding dates, also happen to be FIVE TIMES MORE POPULAR than regular wedding dates.

No wonder the divorce rate is freaking high, huh? The researchers report,

Not only are people who get married on "special dates" more likely to get divorced, they're also "more likely to have been married before" and to already have popped out a few kids.

Authors of the study Dr. Jan Kabátek and Professor David Ribar claim that "it's not the date itself that increases a couple's vulnerability but rather what the choice of date reveals about the couple."

It's sort of like those couples who constantly feel the need to post about their love for one another on Instagram. It's like they're more concerned with proving to the world that they're so wildly in love than working on their relationship IRL.

Like, why do you feel the need to make a massive love statement by getting married on Valentine's Day, babe? What are you trying to prove, sweet bride?

Valentine's Day is MY special day to have sex all day with bae — not to watch another couple slow dance.

But of course, we all have to make the sacrifice because it's your big day. And we'll be excommunicated if we don't go to your wedding because we chose to go to celebrate the holiday on our own instead. That is a surefire way to be alienated from a straight-girl friend group for life.

Trust me. I've made these kinds of mistakes before.

So we bite the bullet, put on an uncomfortable dress and watch you say, "I do," with gritted teeth, all while dreaming of the cool party we're missing.

Can't wait for the divorce party... will it be on New Year's?