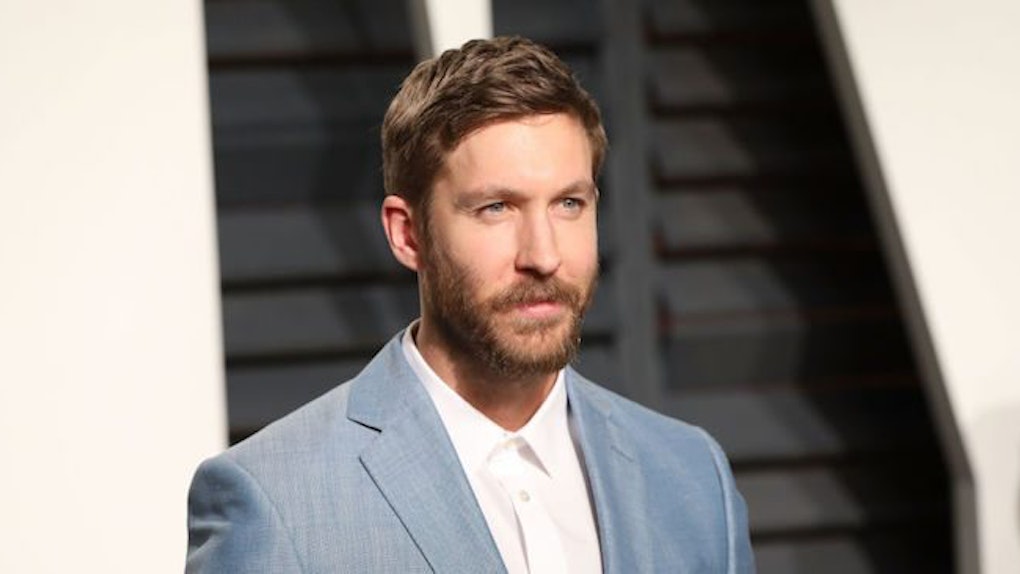 Did Calvin Harris Propose To Taylor Swift? Fans Are Convinced After “Look What You Made Me Do” Video

Taylor Swift's music video release and social media posts leading up to the release of her music video basically broke the internet last week, and we've loved every minute of it. Who else could cause such a stir and look great doing it? Nobody other than Taylor Swift. I swear, her middle name is "drama." The latest on the Taylor Swift drama involves Calvin Harris. Fans think Harris proposed to Swift because of a certain scene in the "Look What You Made Me Do" music video. So, did Calvin Harris propose to Taylor Swift? The answer is within the music video, my Swifty fans. It's within.

People think Calvin Harris proposed to Taylor Swift once upon a time, and she said no. It makes total sense, too. You see, in the robbery scene where Swift swings a baseball bat in a store, you can spot a tiny engagement ring box directly behind her, to the right, on a stack of money. Also, there's a heart necklace that spells out the word "no" in the diamond bathtub scene. This heart necklace is an important clue because Harris gave Swift a necklace that looks almost identical to the one in the video. We've almost cracked the code! Fans have been analyzing the Taylor Swift music video like it's their full-time job, and I personally have been thoroughly entertained.

The engagement ring box is on the right.

See the word "no" on the left?

Deciphering a Taylor Swift music video like we are treasure hunters is just too much fun. What do we get out of it? Not much, but it's totally worth it. Many believe Swift's video pokes fun at Kim Kardashian's robbery. Other fans believe the T-shirt she wore intentionally excluded Lorde, and now Calvin Harris is involved. This is a work of art. Art, I tell you!

So, is this the new T. Swift? If all of her songs and music videos involve solving pop culture puzzles, I am so in. Let the games begin!