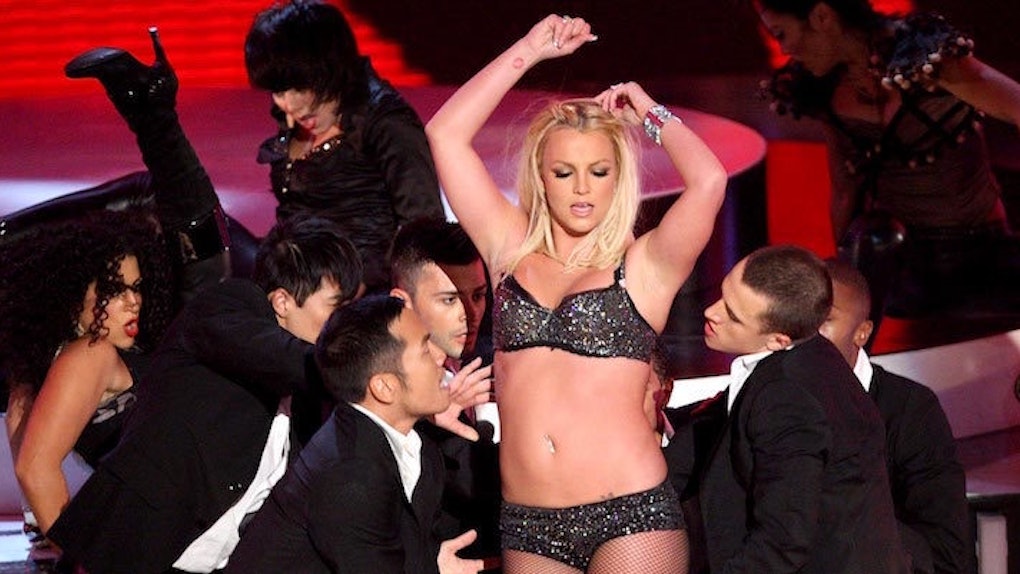 Britney Spears Has Come So Far Since The 2007 VMAs

We reported earlier how stoked we were that Britney Spears was going to perform at this year's VMAs, which will take place on August 28, but let us now humbly reflect on this news' significance.

Sure, Brit made us all want to be in Slytherin by draping a snake over herself at the 2001 VMAs and made all of us thirsty AF when she smooched Madonna onstage in 2003.

But let's not forget the last time Britney performed at the VMAs.

I mean, the nonchalant shoulder rolls, her awkward giggle, the clumsy trust fall? That background dancer who got way too grabby with her?!

It was a VMAs performance to remember.

In case you don't remember 2007, first of all... Why? That's like an entire year of your life. You should see someone about that.

Second of all, allow me to refresh your memory with Spears' performance of "Gimme More."

When coupled with her infamous meltdown, this performance makes it pretty clear that 2007 wasn't exactly Britney's year.

With her ninth album "Glory" forthcoming and having just received the Billboard Millennium Award, I think it's safe to say that Britney Spears is killing it this 2016.

That's saying a lot because 2016 has been pretty lackluster so far for pretty much everybody else on this little ole rock called Earth.

Needless to say, when the news dropped about the return of the Queen to the VMA stage, Twitter straight up lost it.

Let's be real. We were all this shocked to hear that Brit was coming out of her VMA retirement.

Let us all giggle for god damn joy over this incredible news! She's back, bitch!

Warning: do not drink wine and read this article! Hide you reds! Hold your Sauvignon Blancs close!

When it comes to August 28, do not try to reach me. I will be unavailable, emotionally and otherwise.