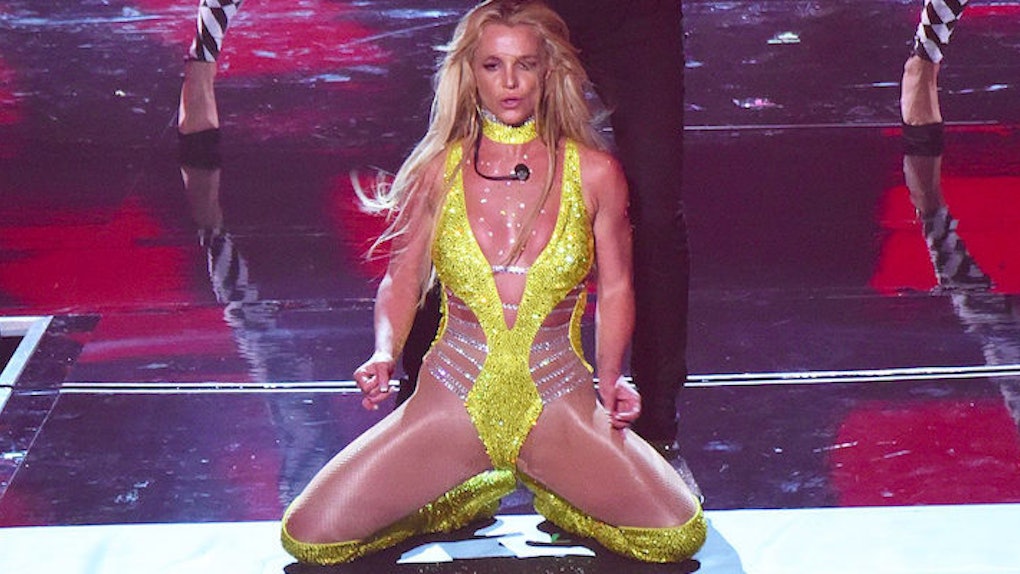 Going on after Beyoncé's performance is no easy feat, no matter who you are.

It's like going up after me in an open mic. Well, not really, because usually I'm dead last in the lineup and the only person still at the bar is one of the regulars who's fallen asleep with flies circling his head -- wait, is he dead?!

Although Britney Spears didn't quite match the visual and audial feast that was Bey's 15-minute "Lemonade" medley, she still killed it.

While dishing with the Zach Sang Show on Monday, Britney spilled some serious tea about whether or not she was nervous following Queen Bey at Sunday's VMAs, saying,

I really wasn't thinking about that. I actually had a shadow in front of me and I was looking at the shadow and making little faces with my hands and stuff [backstage]. No, I didn't even really think about it.

You hear that? Brit was too busy making shadow puppets to be scared. She is not human, I tells ya!

Here's some behind the scenes footage of her shadow puppetry.

OK, so this wasn't exactly the shadow puppet Brit made, but I can only imagine it was just as good.

So, if you're ever feeling jittery before a big meeting, just take your mind off with the Zen art of shadow puppetry. It's Britney-tested, and very approved.

Citations: Britney Spears Reacts to Performing After Beyonce at the VMAs (US Magazine)