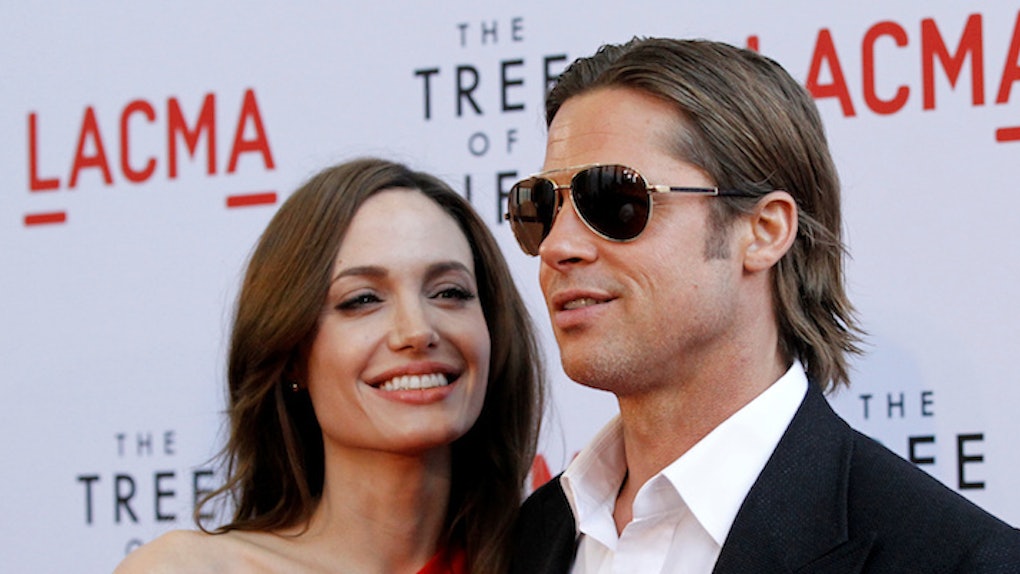 The Internet Wants To Know Who's Getting Custody Of Brangelina's Winery

BUT WHAT ABOUT ANGELINA AND BRAD'S WINERY, MIRAVAL!?!?

Last week, love was delivered a major blow when Angelina Jolie and Brad Pitt announced they were getting a divorce after two years of marriage and 12 years together.

As with most divorces, there is now the question of what to do with their shared assets. No, I'm not talking about their houses, family memorabilia or even their straight-up children.

Eff that heartfelt bullcrap. I'm talking about all their cool money stuff.

The couple reportedly has a shared $400 million in combined fortune they now have to figure out a way to split evenly.

The question is what to do about those other three assets, which include a massive house in New Orleans, an apartment in New York and, most importantly, the vineyard the couple bought in France.

What will happen to the wine made at Château Miraval?!?!

The internet is sort of freaking out at the possibility of Miraval going into foreclosure because this couple couldn't work their shit out.

The couple reportedly bought that winery for $60 million, and it has since gone on to win major awards. It's 1,000 acres of land with 75 acres reserved just for vines.

Luckily, because of the prenup, the eventual splitting of those three assets will likely be a fairly easy task, TMZ reports. Financially, this won't be an issue.

That still leaves Miraval's future in question, and we won't know what the fate of the winery is until an agreement is reached between the two. Jolie reportedly had even wanted to sell the place to focus on her political agenda, a move brad wasn't too happy about as he has historically been more involved with the actual vineyard.

Luckily, the 2016 wine season has already started so we're good for at least another year of Miraval Rosé.

If they don't figure this out quickly, though, we're doomed.