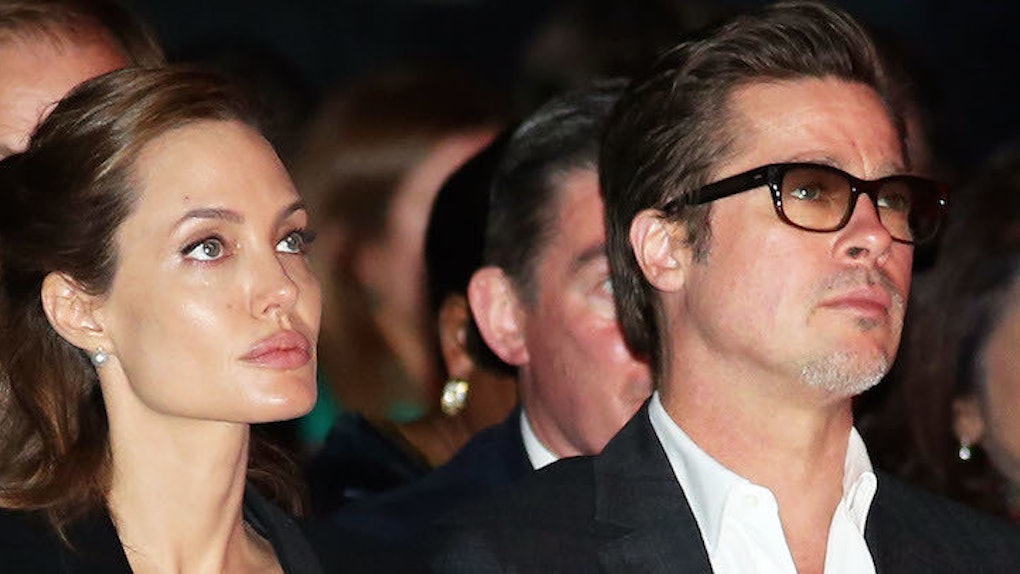 There has been an ongoing custody battle between the couple after the two filed for divorce mid-September.

The latest Brangelina news involves the "Allied" actor going after his ex-wife for violating their children's privacy in new documents that have been leaked.

According to the documents, Pitt claims Jolie "exposed the children by making public the names of their therapists and other mental health professionals" and "appears to be determined to ignore even agreed upon standards relating to the children's best interest."

Furthermore, Pitt says his former spouse has "no self-regulating mechanism" because she's released the sensitive information before. He states in the document,

Although she had already made them public, she did it again.

Elle magazine says Brad was denied from having an emergency hearing to seal the documents. His ex-wife's attorney says Angelina was not for it because "Pitt didn't consult with them before making the request."

It seems Brad is getting further irritated with how the custody arrangements have been handled. As previously reported by Elite Daily, the father of six has to take random drug and alcohol tests four times a month and a therapist must decide how often he gets to see his kids.

Therefore, Brad only gets to see his children once a week. The visits are also supervised, according to the settlement.

Yup, it sure does sound like he's getting the short end of the stick in this arrangement.

Angelina's lawyer, Laura Wasser, says the therapists are the best resources for the parents to "tell [them] how the kids are feeling."

It's clearly a complicated case, but hopefully Brad Pitt and Angelina Jolie can put their differences aside and do what's best for the children, especially during the holiday season.