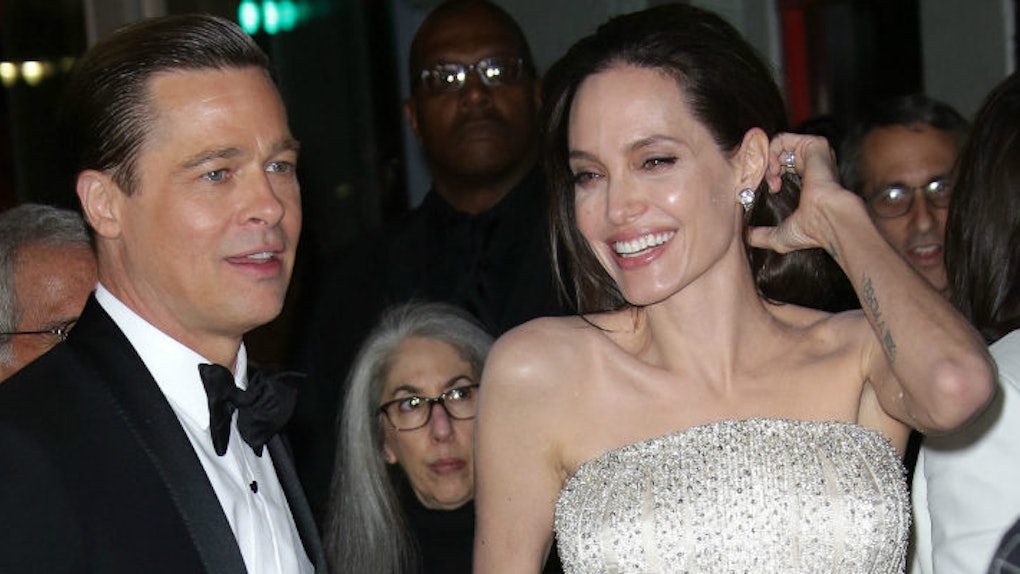 Angelina Jolie's Docs Reveal What Brad Must Do To See Kids

Brad Pitt may have reached a temporary custody deal with Angelina Jolie, but the small print of it has some pretty punitive stipulations, if you ask me.

TMZ acquired the documents, and one person seems to stand out as a notable mention in the deal.

Although Brad was previously cleared of all wrongdoing by the Department of Child and Family Services, the arrangement states the "frequency and conditions of the therapeutic visitation" -- AKA Brad's monitored visits -- "shall be determined by Ian Russ, Ph.D."

More like Ian Russ-ling some feathers, am I right?

This psychologist just became an important player in the "Mr. and Mrs. Smith"-like battle between the former lovers. He'll be the sole one determining how often the actor can see his children.

I can, but I won't. It's only Monday, and I need some positive vibes to last me through the week.

The news of their divorce was enough to make me believe love had officially died in 2016.

Part of me wants to believe they still have a chance to get back together.

*Sighs uncontrollably while clutching a DVD of "By The Sea"*

Not only that, but get this: Brad will have to submit himself to drug- and alcohol-testing not one, not two, not three, but four times a month at random.

If you're thinking, "Oh shit! That's a whole lot of times to have to randomly pee in a cup," you're absolutely right.

Of course, this deal's terms are in effect until a court order exists or Brad and Angelina both decide to change it.

The judge signed this deal on Friday.