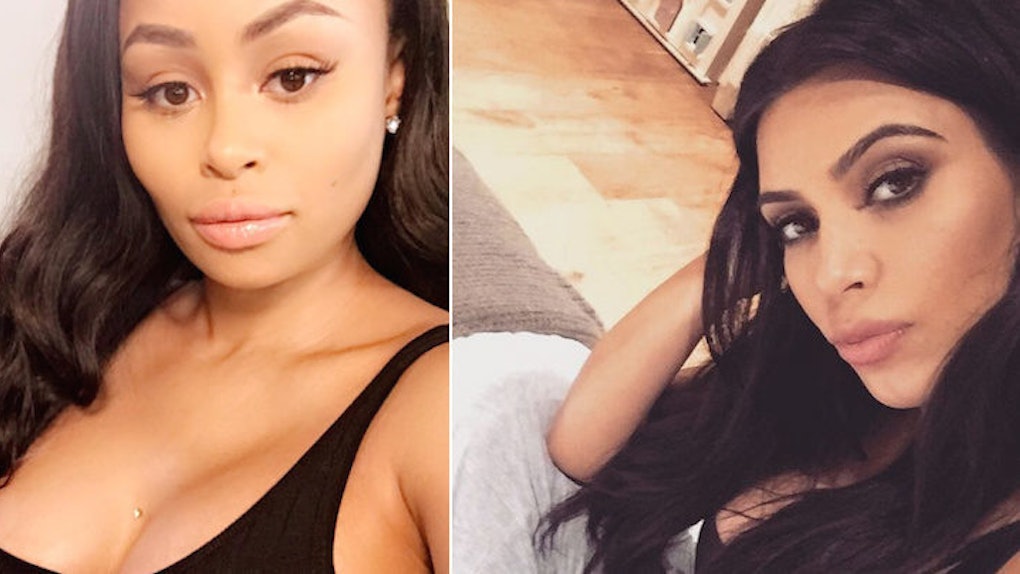 Blac Chyna seemed to have an awesome Sunday night chilling on her couch, eating some snacks and watching the VMAs.

The reality star posted a bunch of hilarious Snapchats of her commentary on MTV's hottest awards show.

If you don't follow Blac Chyna on Snapchat, then IDK what you're doing with your life. I look forward to this girl's videos on the reg.

Anyway, Chyna's sister-in-law Kim Kardashian was one of the presenters at last night's VMAs.  She introduced Britney Spears performance and totally slayed in a completely see-through dress.

Chyna gave her viewers a sneak peek of Kim Kardashian's speech by zooming in on her face and shouting, "That's right, girl" at the TV.

Yeah, if you thought Chyna and Kim still had beef, then think again. These two ladies are family now, and family sticks together.

Kim Kardashian wasn't the only person Blac Chyna was cheering for during the night. She also posted this snap praising Rihanna for her performance.

My favorite Snapchats have to be when she lost her shit over Teyana Taylor in Kanye West's new video.

She loves Kim, she loves Kanye, she loves everyone! The Kardashians are just one, big happy family!

I can't. Thanks for making my night, Chyna. Never stop snapping.