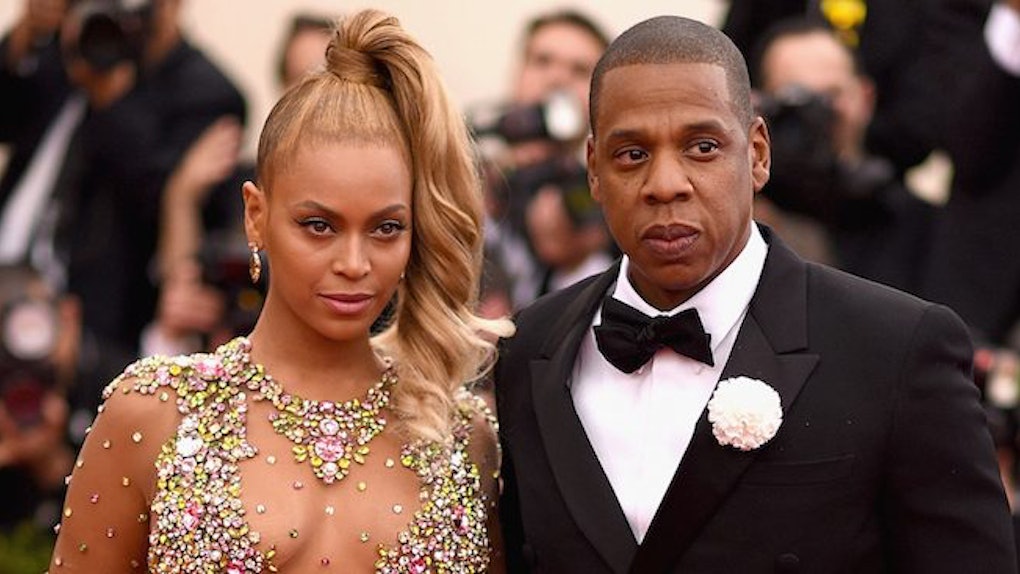 Each year, on the first Monday in May, something spectacular happens on the Upper East Side of New York City. Rain or shine, warm or cold, the stars come out in all their glamour.

Vogue Editor-in-Chief Anna Wintour is the chair of the gala so it's not surprising it's become an exclusive event where not even a lot of cash can guarantee you a seat at one of the tables.

Last year, Taylor Swift famously co-chaired the ball with Wintour, but this year, Swift-nemesis and fellow pop singer Katy Perry was chosen for the honors, alongside Pharrell Williams, Tom Brady and Gisele Bündchen.

The 2017 Met Gala kicks off the Costume Institute's "Rei Kawakubo/Comme des Garçons: Art of the In-Between" exhibition and attendees are encouraged to dress in theme.

2016's "Manus X Machina: Fashion in an Age of Technology" did not disappoint, with guests shining in lots of silver and sparkles.

As with any prom (or Hollywood A-list event), it's not just the fashion that will have everyone gossiping the next day. It's all about the couples -- and what happens at the after-parties, of course.

To get you excited for tonight's festivities, let's take a trip down memory lane and look back at 10 of the hottest Met Gala couples to walk up those famous red steps.

Let's start with the co-hosts. This is far from their first time at the event, and honestly they always look every bit the sexy supermodel/Super Bowl-winning couple they are. This is one of my favorite looks, though, from 2014.

Gigi Hadid and Zayn Malik made their red carpet debut as a couple at the Met Gala last year, and really leaned into the theme. Zayn was recently spotted in a wheelchair, though, so it's unclear if he will be by Gigi's side tonight.

It's tough to pick a favorite look from this couple. When does Beyoncé not look fabulous? Jay Z pretty much just has to stand there in a tux and smile and hold her train if she asks.

Anyway, this see-through dress from 2015 is one of Beyoncé's most iconic Met Gala looks. It's utter perfection. (It's also worth noting the infamous elevator fight between Jay Z and Solange Knowles happened after the 2014 Met Gala.)

Kim Kardashian and Kanye West have attended multiple Met Galas, but last year, the duo sizzled in Balmain. Unfortunately, according to reports, Kim will be attending solo this year -- although I'm sure Kanye helped approve her outfit.

Here we have another gorgeous Hollywood couple who honestly seem to love each other so much it's almost (read: it is extremely) sickening. This was in 2014, but I don't think Blake and Ryan have stopped staring at each other since.

George and Amal Clooney, who are expecting twins, stunned at the 2015 Met Gala, just six months after they tied the knot.

Another power couple who look fabulous at all times, Olivia Wilde and Jason Sudeikis are usually on the best dressed list. Back in 2013, the couple, who are now parents of two, slayed on the red carpet in perfect line with the theme "Punk: Chaos to Couture."

This is a couple who can do no wrong. In fact, it was rather difficult to pick a favorite Met Gala look from Luna Simone's parents, but this is definitely a top contender.

In 2011, the gala celebrated the "Alexander McQueen: Savage Beauty" exhibition and Teigen and Legend, who were only dating at the time, began their reign as king and queen of couple goals.

OK, I realize SJP and Andy Cohen aren't actually a couple, but the duo have attended the event together for years. With Parker looking like the embodiment of Carrie Bradshaw here in 2014, she and the "Watch What Happens Live" host made quite the dapper red carpet pair.

Zoe Saldana's train speaks for itself in this head-turning look from last year's ball. Husband Marco Perego kept it simple standing by her side in a black tux.

Now that you know the couples to look out for, let the countdown begin to tonight's red carpet arrivals. Here's how to tune in if you want to see all the action live, and be sure to follow Elite Daily for all the best looks, funny moments and hottest couples of 2017.