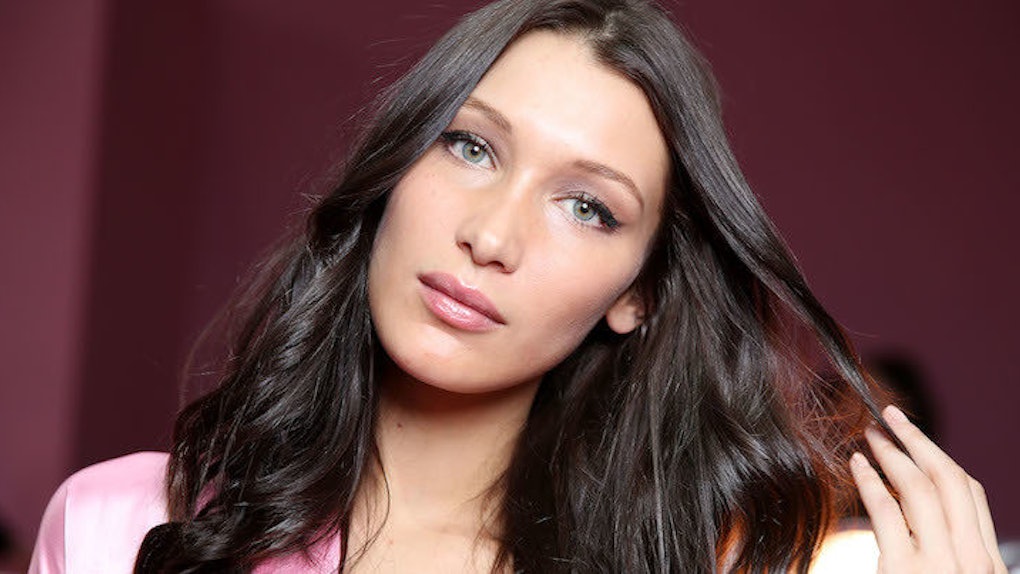 At 20 years old, most girls are figuring out how to style their hair in order to look more like their fake IDs.

Under 21-year-old Bella Hadid, however, is currently preparing for a much different kind of evening: her debut as a Victoria's Secret runway model.

This year, Bella will join her sister Gigi, close friend Kendall Jenner and ex-boyfriend The Weeknd on the runway.

For most, walking in your underwear in front of millions of people next to your recent ex is a living nightmare, but Bella proved backstage she is more than ready to confidently strut while baring it all.

Elite Daily headed backstage before tonight's show to get a glimpse of the craziness that goes on in the hours leading up to the "sexiest night on television."

Pose 1: The "You Can See Paintings Of My Profile At The Louvre" Pose

While Bella clearly appears to have all the confidence in the world for what will surely be a spectacular night, it was reported she was spotted staring longingly at pictures of her and The Weeknd on the plane ride to Paris.

The pair dated for over a year and reportedly split earlier this month due to conflicting schedules.

A source close to the couple told PEOPLE,

And like any normal, post-breakup friendship, Bella and The Weeknd will casually have the eyes of the world on them at 10 pm on December 5 when the Victoria's Secret Fashion Show airs on CBS.