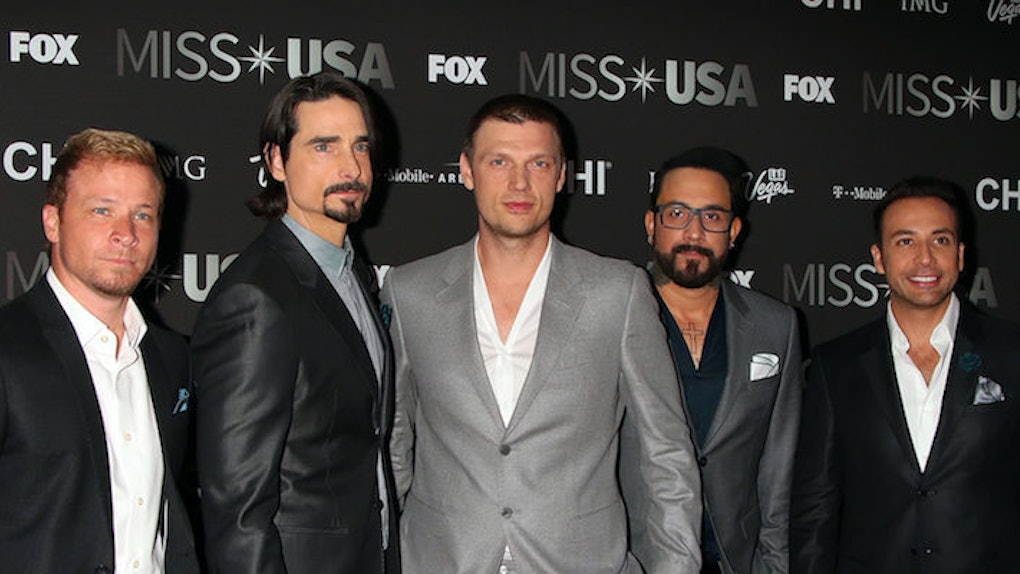 Backstreet Boys Will Return To Vegas For A 2017 Residency

If my fourth grade self had been tied up to a lie detector and asked if I liked the Backstreet Boys, I would have scoffed, "No! What? No. No!"

But then, the instruments would have gone haywire and I would have started to sweat a lot. To be fair, I normally just sweat a lot regardless of the situation.

The Backstreet Boys are reuniting once again and they're heading to Las Vegas (again)!

We reported earlier this year how the boy band would be having a nine-show reunion in Sin City and how excited we were when Nick Carter said that if that went well, they might get a full-on residency.

Well, I'll quit playing games with your heart and tell you that they've been given a three month residency starting March 1, 2017.

The show, “Backstreet Boys: Larger Than Life,” will be headlining at the Axis at Planet Hollywood Resort & Casino.

That's right, and not one, not two, not three, not four, but all five f*cking members will be a part of the show.

It's nice that no one is missing out and that their part doesn't have to be replaced by a robot with the singer's headshot taped to it.

On the theme of the show, Kevin Richardson (who goes by the nickname "Pumpkin") gave us all the lowdown in a press release, saying,

You're blowing my mind, Pumpkin.

If you've ever been to a Backstreet Boys show… it's going to be that on steroids.

Hey everybody? If you're looking to rock your body to the B.B. then tickets go on sale Saturday October 1 at 10 am PST, which tickets starting out at $39.

Thinking of waiting until Sunday?