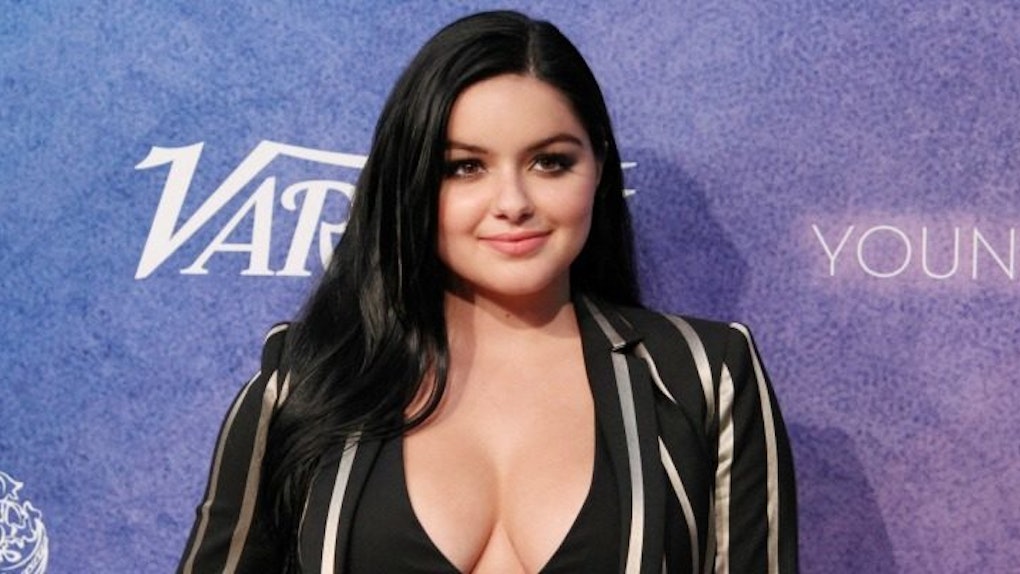 You guys, I don't know if you've heard, but the very sexy Ariel Winter recently declared she's single AF, so I'm a little confused as to why I'm not on a plane to California right now with the goal of wooing Winter right off her feet.

Ariel Winter is 18, which means she went to the Drake concert in Los Angeles on Wednesday like any other 18-year-old on the West Coast would do. Now, we all know Winter is no stranger to some pretty scandalous outfits.

She's worn the jean shorts that look like a bathing suit...

...as well as a bathing suit that leaves very little to the imagination.

Wednesday night, Ariel Winter was at it again, showcasing her ridiculously awesome body in a skin-tight outfit.

Speaking on her seemingly non-stop coverage in the media, Winter previously said,

Everybody's like so hyped up on the fact that I post photos where my butt's out. It's a butt! Everyone has a butt. I don't think it's crazy. I get so confused as to why people make it such a big deal. Let me live. I'm enjoying my life; you're enjoying your life. You should be posting your butt if you like it too!

I mean, have truer words ever been spoken? Let Ariel Winter live, people. This woman has an amazing body and isn't afraid to show it to the world.

I love you, Ariel Winter.

Never stop being who you are or doing what makes you happy. If people have a problem with Winter flaunting her assets on social media, I have a solution: Don't follow her.

If you don't like what you're watching, simply change the channel. No one is sitting there forcing you to look at Ariel Winter.