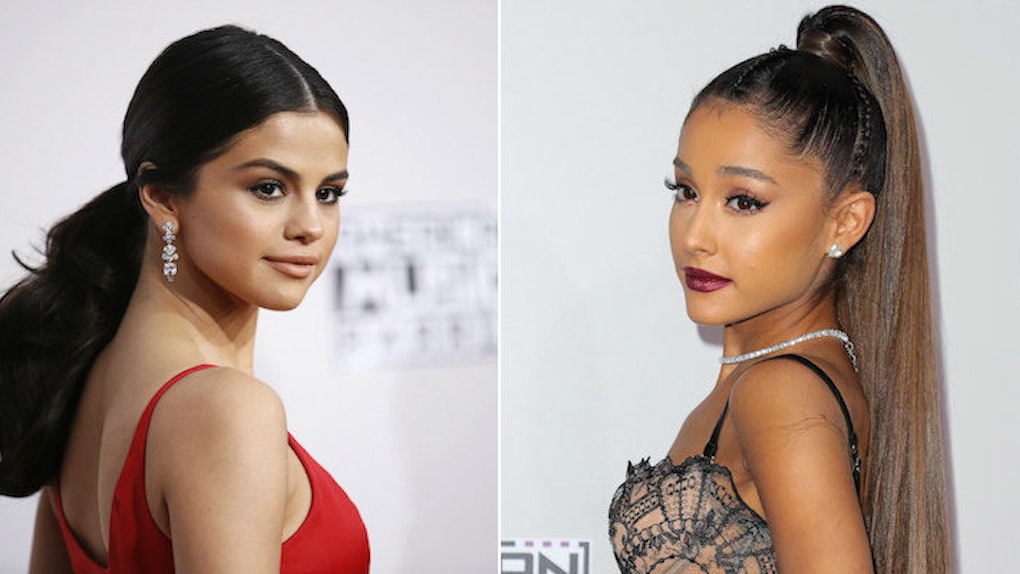 It's been a while since Selena Gomez took the spotlight, and after she addressed the AMAs crowd about her mental health hiatus, Hollywood welcomed her back with open arms.

The 23-year-old won the American Music Award for Favorite Pop/Rock Female Artist last night and left the audience in tears after her acceptance speech in which she publicly spoke about her break.

Throughout the night, multiple celebrities were seen showing their admiration and respect for Gomez, including Ariana Grande, Lady Gaga, Camila Cabello and more.

Before the show, fellow pop star and Artist of the Year Ariana Grande admitted how excited she was for Selena's public return after entering rehab three months ago.

During her interview with ET on the red carpet, Ariana's support for Gomez was obvious.

I just saw her come in and I hugged her so tight. She looks like a princess; I literally almost cried when I saw her. I haven't talked to her in a long time so I don't know what's going on, but I gave her a huge hug and she looks beautiful and I'm so happy that she's here. I'm happy to see her out and about.

Ariana was even shown in the audience giving Selena a kiss on the cheek, and all of our hearts melted immediately.

Ari, you're the sweetest.

Grande wasn't the only celeb to show massive support for Gomez at the AMAs, though.

During Selena's heartfelt acceptance speech, Lady Gaga gazed up at the stage with utter respect for the singer.

I don't think she broke eye contact once, and it was adorable.

After Gomez was finished speaking, the "Joanne" singer clenched her fists with excitement.

In this moment, Lady Gaga was all of us.

Another pop singer who showed massive support for Selena after her healthy return to the American Music Awards was Camila Cabello, who tweeted at her with a simple, "I love you."

It was short, but sweet, and pretty much sums up how everyone feels about Selena right now.

Out of every celebrity's response to Selena's comeback, I don't think anyone was as excited and supportive as her BFF Taylor Swift.

But it's nice to know even the pop stars outside of that "squad" feel compassion and respect for the singer who has been so open about her struggles.

Who knows, maybe Selena and Ariana have a strong new friendship in the works. I wouldn't mind, that's for sure.