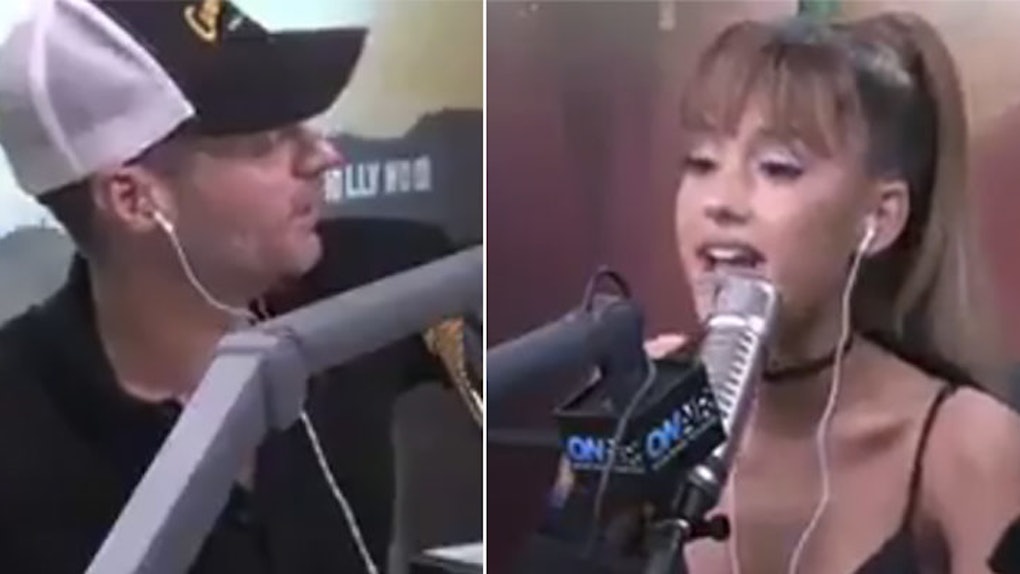 WOW. Damn. Ariana Grande is a savage and I love it.

While "On Air With Ryan Seacrest" Wednesday morning, the singer called out the host for asking her about her relationship with Mac Miller.

Ryan wanted Ariana to speak about how she "confirmed her relationship with Mac Miller" by posting the picture.

Ariana immediately called him out and replied,

Oh, is that what I did? Is that what Instagram means to you now? Alright world, let's go.

Ryan explained he was just reading information off of his list of questions. Ariana, who was visibly annoyed, told Ryan it was "too early for this kind of tea."

She then destroyed him and said,

If I post something that's what I'm willing to share at the moment. But it doesn't mean that you, Ryan Seacrest, with millions of listeners, are entitled to more information.

What's kind of funny is Ariana did confirm her relationship with Mac Miller in an interview with Ellen DeGeneres, so uhh, maybe she just wasn't a fan of how Ryan approached it?!

Ellen also peer-pressured the shit out of her... BUT THAT'S BESIDE THE POINT.

Perhaps Ariana is honestly just sick of people asking her. LET THE GIRL LIVE, EVERYBODY. LEAVE HER ALONE!

Sooooo, anyway... hey, Mac Miller! What are your feelings for Ariana Grande? Tell us everything, please.