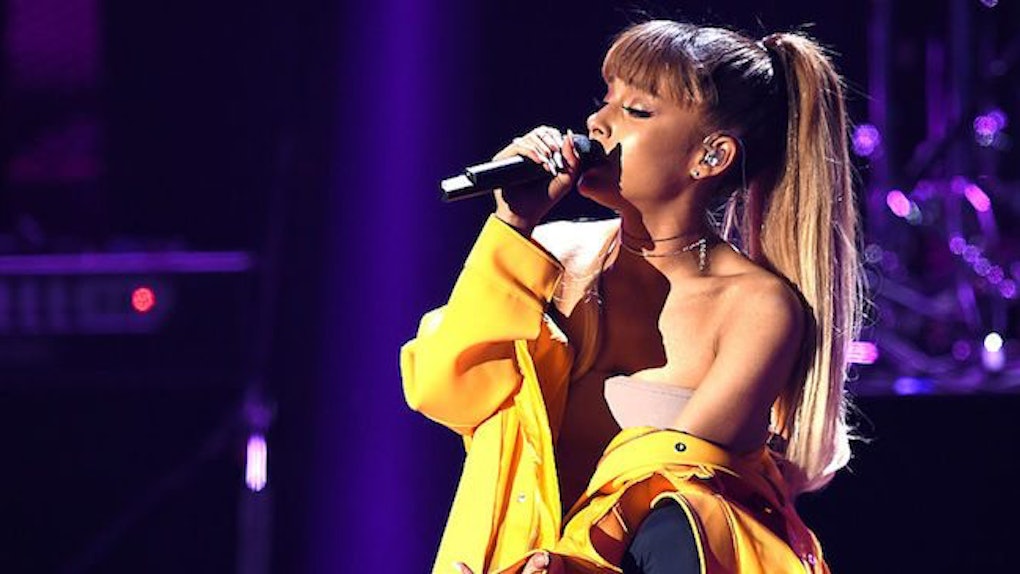 Ariana Grande has reportedly returned to Florida and reunited with her boyfriend Mac Miller in the wake of the attack at her concert in Manchester on Monday, May 22.

There have been 22 confirmed fatalities. Three of those killed have been identified. There are at least 59 people injured following the attack. There are many concertgoers who are still missing and have yet to be reunited with their families.

Ariana was confirmed safe by her representation following the attack, and last night she tweeted,

Her tweet read, "broken. from the bottom of my heart, i am so so sorry. i don't have words."

According to E! News, Ariana later boarded a private plane with her mother, Joan (who had taken some concertgoers backstage to safety after the explosion went off), and returned to Boca Raton, Florida, her hometown. Mac Miller met her there.

They were met at the airport by Ariana's boyfriend, Mac Miller. When Ariana got off the plane, Mac greeted her on the tarmac with a long hug followed by a kiss. Mac also gave Ariana's mom a hug. It was a very emotional reunion and they stood talking for a minute before getting into the car. Ariana looked exhausted and like she didn't get much sleep. She seemed like she just wanted to get home and be with her loved ones.

It is still up in the air whether or not Ariana will continue the rest of her Dangerous Woman Tour that was set to continue until September 2017. Her next concert is currently scheduled for May 25 at the O2 in London, but no news on whether or not that is still happening.

The O2 released a statement saying,

We are shocked and deeply saddened by the terrible tragedy in Manchester. Our thoughts and prayers are with those affected and their families. We are in contact with the promoters of Ariana Grande's tour and will update as soon as we have further information regarding the planned dates at The O2.

Tonight, our hearts are broken. Words cannot express our sorrow for the victims and families harmed in this senseless attack. We mourn the lives of children and loved ones taken by this cowardly act. We are thankful for the senseless service tonight of Manchester's first responders who rushed towards danger to help save lives. We ask all of you to hold the victims, their families, and all those affected in your hearts and prayers.

Three people have been identified as having been killed in last night's attack, which is being treated as a terrorist attack until Manchester police can rule otherwise.

Our thoughts and hearts are with all the victims and their families. Tell someone you love them today.