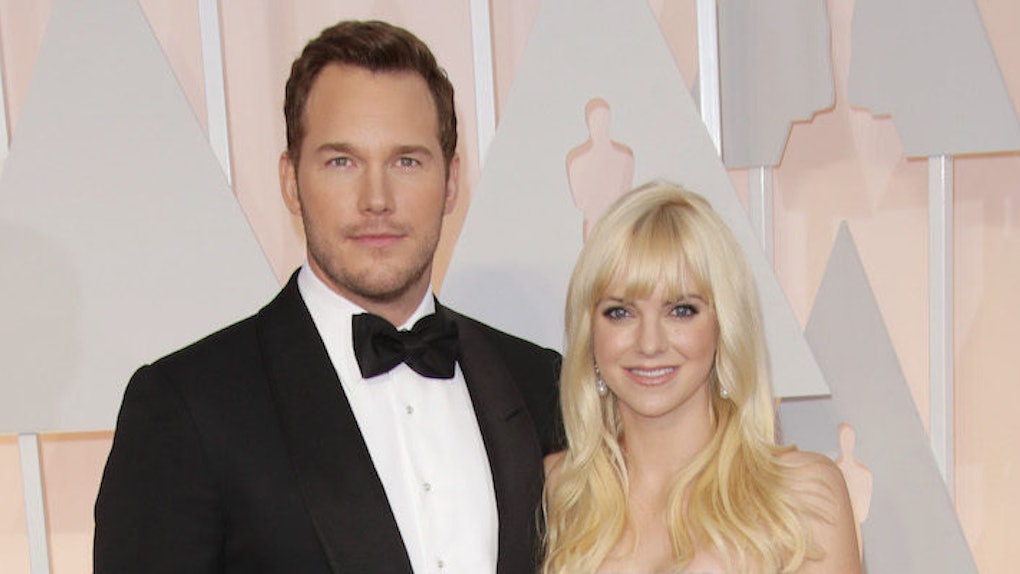 Don't worry everyone, Hollywood's most worry-free couple, Anna Faris and Chris Pratt, are still as worry-free as ever.

But even though Anna knew her relationship was OK, the speculation she and Chris were on the outs  — and in fact that Chris was cheating on her — still hurt her.

The 40-year-old comedy actress opened up about the experience on the latest episode of her podcast, "Anna Faris Is Unqualified."

Anna was talking to "Nocturnal Animals" star Isla Fisher about the decision to speak publicly on personal relationships. (Isla is married and has three children with comedian Sacha Baron Cohen.)

Isla said she prefers never to talk about her family life, and Anna said she has definitely seen negative effects from being public about her relationship.

Specifically, about a year ago, when there were rumors flying in tabloids such as Star magazine that Chris had cheated on her.

There were some tabloid rumors about strain in our relationship. I just remember feeling so hurt in a way that bothered me, because I didn't want to think of myself as somebody who could be affected by… tabloid shit.

The rumors that Chris was cheating on his wife with his "Passengers" co-star Jennifer Lawrence — who has a sex scene with Chris in their movie — were largely unsubstantiated, but still.

It can't be nice to hear those kind of rumors about your husband.

I take pride in how great my relationship is with Chris, but having said that, of course, in this crazy world where he's off doing movies and I'm in LA raising our child, of course I'm going to feel vulnerable, like any normal human would. It made me feel incredibly insecure.

This is not the first time Anna has opened up about how the cheating rumors affected her.

In August of 2015, she told Us Weekly the false allegations were "weirdly stinging."

I had always kind of believed that part of the rumors of celebrity couples were sort of true because they had never been part of my life. I was like, 'Oh, maybe there's a kernel of truth to that.' It's been a little devastating because for us, it's like, 'What the heck?'

Citations: Anna Faris on Chris Pratt Cheating Rumors: 'It Made Me Feel Incredibly Insecure' (Us Weekly)