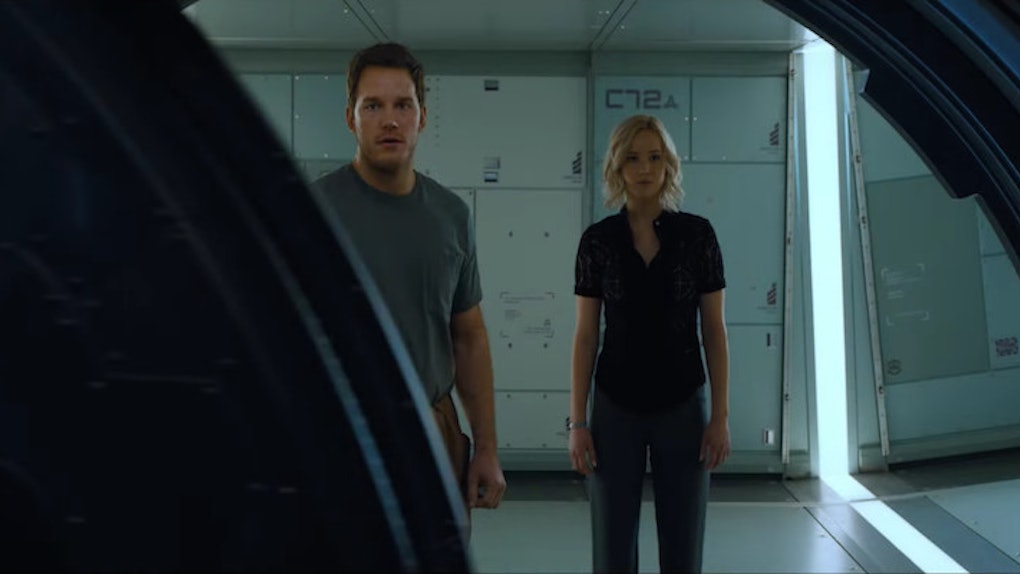 Jennifer Lawrence And Chris Pratt Get Intimate In 'Passengers'

If "Passengers" is just an hour and a half of Chris Pratt and Jennifer Lawrence making out, I'd be totally OK with it.

Ninety years into a 120-year sleep/journey from Earth to colonize a new planet, Chris Pratt and J Law mysteriously wake up from their cryo-sleep chambers.

From the looks of the trailer, they then proceed to mouth the crap out of each other until, I assume, they get to the planet they're going to.

I mean, I'm sure they do some other interesting stuff and I have no idea if they actually get to the other planet, but that's all not the important part.

The important part is watching Pratt and "The Law" touchin' up on each other is the only Christmas present you'll really want this holiday season.

Sex scenes, and even just kissing scenes for that matter, are notoriously weird productions for everyone on set.

The directors feel weird telling people to make out, the actors feel weird doing it and even the boom pool guys feel awkward shoving a mic near their faces to pick up their kissing sounds.

Back in April, Jennifer revealed she had just finished filming her first intimate scene with Pratt, telling The Hollywood Reporter,

What made it worse for Lawrence was she internally had issues with the fact Chris was married. She went on to say,

I knew it was my job, but I couldn't tell my stomach that.

Being the gentleman that he is, Pratt recognized these fears and did his best to make sure the set was a stress-free as possible.

According to an interview he did with E!, Pratt and Lawrence shared a bottle of wine after they found out they were set to do the movie together.

We're actors and it's a big a part of the job. Your job as a leading man is to make the actress feel comfortable and you do that by minimizing the amount of people that are there and... having a sense of whether or not they're feeling okay.

"Passengers" comes out December 21. Consider you and your genitals warned.