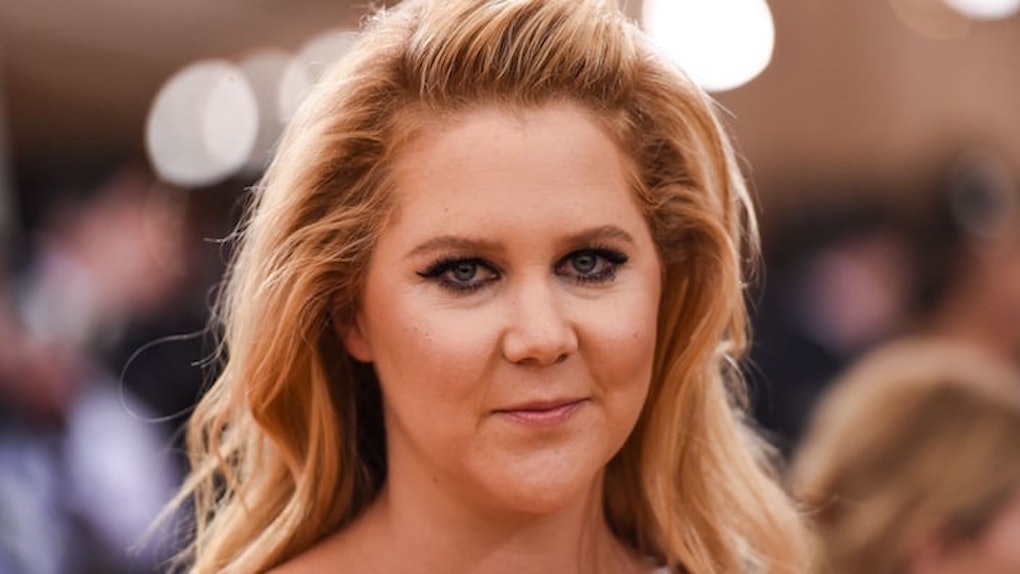 Amy Schumer Still Has Love For The Ex Who Threatened Her

Amy Schumer doesn't hold back when talking about her personal life.

The 35-year-old actress and comedian sat down with talk show host Andy Cohen. During the interview, Schumer spoke about her ex-boyfriend and the abuse she endured during their relationship.

Schumer appeared on Bravo's "Watch What Happens Live," where she spoke about her anonymous ex, saying,

I changed enough about him that I hope that he's not as easily pinpointed. You date someone when you're young and I have love for him and I wish him the best. I just wanted other people in my situation to know they're not alone and know it could happen to anyone.

She's referring to the abusive ex-boyfriend she mentioned in her book titled "The Girl With the Lower Back Tattoo."

She holds no resentment toward him whatsoever.

In a chapter called "The Worst Night of My Life," Amy Schumer recounted the emotional and physical abuse she suffered through during her relationship with her ex. Amy writes,

I thought he was the love of my life for a long time but I allowed him to hurt me in ways that I still don't understand. Dan and I would go to happy hours and get drunk, and then he'd get mad and shove me little. Sometimes from the shove, I'd trip over something and fall, and get hurt.

She didn't stop there. Schumer also revisited the time he threatened to kill her, adding,

I was screaming for him to stop when he grabbed a butcher knife from a drawer. And that's when I was sure he was going to kill me. It may sound cliche, but I saw my life flash before my eyes.

Despite the traumatic experiences stemming from her past toxic relationship, Amy Schumer wants the world to know that she still has love for him regardless.

As for the current state of her love life? Amy's been dating Chicago-based furniture designer Ben Hanisch since January, according to US Weekly.

During an interview with Howard Stern, Schumer gushed about Hanisch's parents, saying,

His parents are the sweetest people. They are from the Midwest. Like, they're just the happiest. His mom [Deborah Hanisch] always seems like she was just called down as a contestant on "[The] Price Is Right"… She sends me nice notes. They're just the loveliest people.

It's good to see that the 35-year-old "Trainwreck" actress was able to overcome adversity at several different points of her life.

From her family going through tough times financially to the living through the abuse of her ex-boyfriend, she's seen it all -- and now she's doing her part by letting others know they're not alone. It happens to the best of us!

Citations: Amy Schumer Still Has Love for Her Abusive Ex-Boyfriend: 'I Wish Him the Best' (US Magazine)