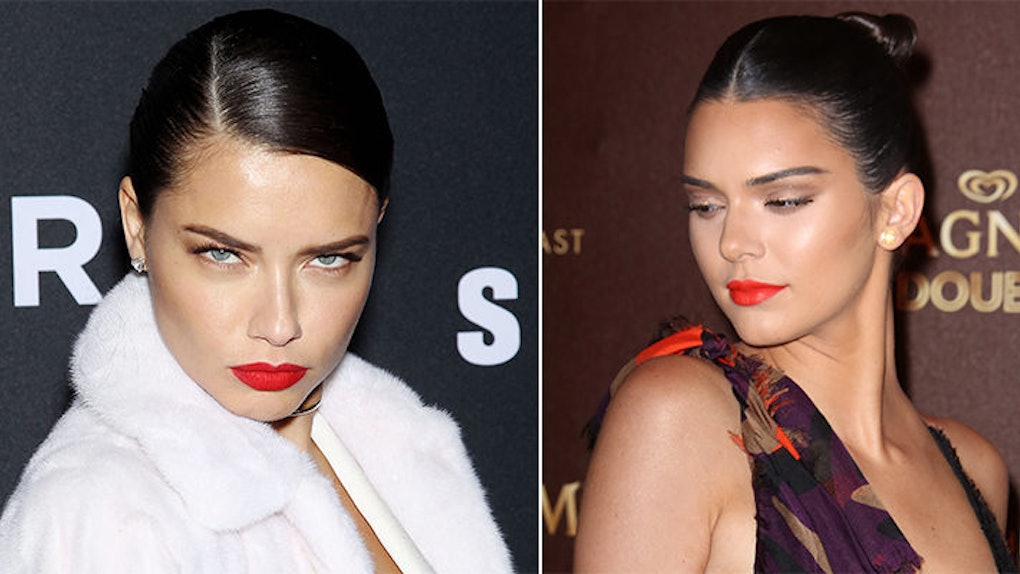 Right, Adriana Lima claiming she gives Kendall Jenner “credit for all the effort” on the runway sounds like a burn, until you realize if any of us climbed onto the Victoria's Secret Fashion Show stage, we'd be mistaken for wild bears and shot with tranquilizer guns in seconds.

I have worked with Kendall on runways before when we were in Europe, like Versace and also with Victoria's Secret… Kendall is very sweet and very nice, and it's always pleasant to work with someone like that.

It's not easy being a runway model (I assume, because honestly my lunch was mostly dressing). Trust Adriana when she says,

You know, [Kendall] works as hard as we do, so I give her credit for all the effort… And I think she is going to do great because Victoria's Secret is all about personality, and she has her own personality.

Perhaps Kenny's personality doesn't shine so brightly amid the rest of the stars in the Kardashian/Jenner solar system, as she rarely gets credit for being the most enthralling sister, but the VSFS is a place for her to show off the skills she spent years honing.

Kendall and Adriana may end up closer this year than last, as the latter's pals Behati Prinsloo and Candice Swanepoel are missing 2017's festivities to care for their newborns.

When I sat down on the plane, I was really missing them, and I was saying to myself, 'We are missing a few Angels here,'… We will still have a good time, but I really miss them and to me it's not the same here without them.

Adriana gave birth to her own children in 2009 and 2012 and made her way back to the VSFS, so it's likely only a matter of time before she is reunited with Behati and Candice.

Until then, she'll have to cozy up to Kenny.