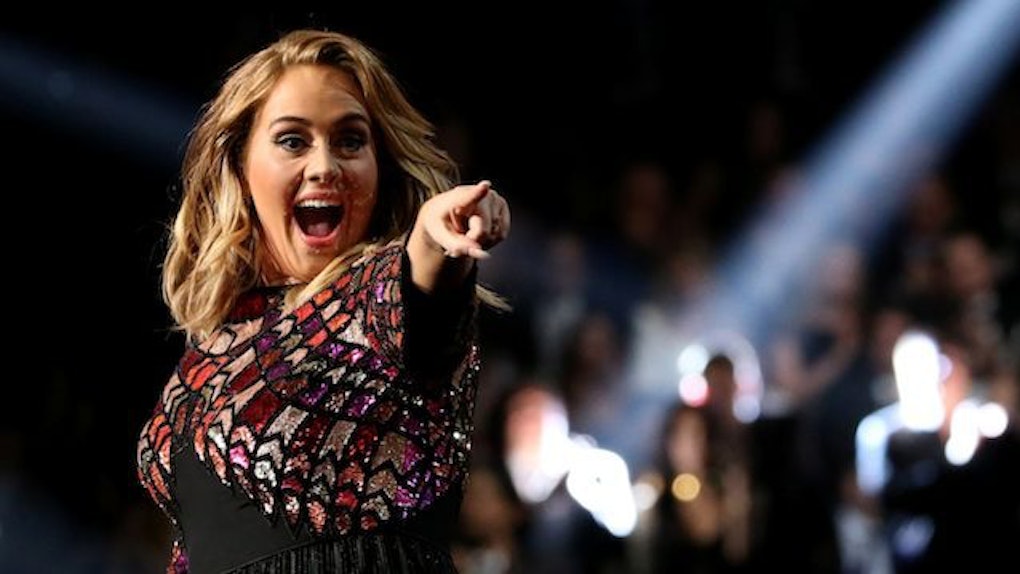 Adele Lashes Out Security Guard For Telling Fans To Sit Down

Don't show up to one of Adele's sold-out shows thinking you're going to call the shots. Apparently, even if you're a security guard tasked with securing the event, it is not your place to tell Adele's fans what to do.

That much was made abundantly clear after the 28-year-old Grammy award-winning singer paused her concert in Melbourne, Australia over the weekend to call a security guard out for being a buzzkill.

According to a 45-second clip recorded by a fan, a security guard was forcing fans to sit down while Adele was performing. The singer wasn't going to take any of that so she put him on the spot.

A heated Adele lashed out at the guard, saying,

Excuse me, sir. Now, I know you work here, but can you stop telling people to sit down? This is a music show, if people can't see then they can stand up. And if you're moaning about people dancing, then what the fuck did you come to a show for?

Yeah, she was NOT happy. Imagine eager fans finally getting a chance to attend one of your concerts only to be told to sit down by event staff who probably just hate their jobs... I guess I'd be pretty pissed, too!

Unfortunately for the guard, she let him have it.

If I see one more person be told to sit down, I swear to God...

The 28-year-old "Love in the Dark" singer, who just recently announced she's married, then apologized to fans after her outburst.

Damn, even when she's pissed the fuck off she still knows how to keep it classy.

See the moment Adele lashed out at a security guard after he was caught forcing fans to sit down during her show in Melbourne.

In other Adele-related news, the singer attempted to channel her inner Beyoncé by showing off her "Crazy In Love" dance moves.

See? She's not cold or rude. She just wants to have fun with her fans, lame security guard! You just had to learn that the hard way, I guess.

Security guard beef and Beyoncé dance routines weren't the only highlights from Adele's show. Check out the moment a man proposed to his partner on stage.

Citations: Adele has no time for this security guard who told her fans to sit down (Mashable)