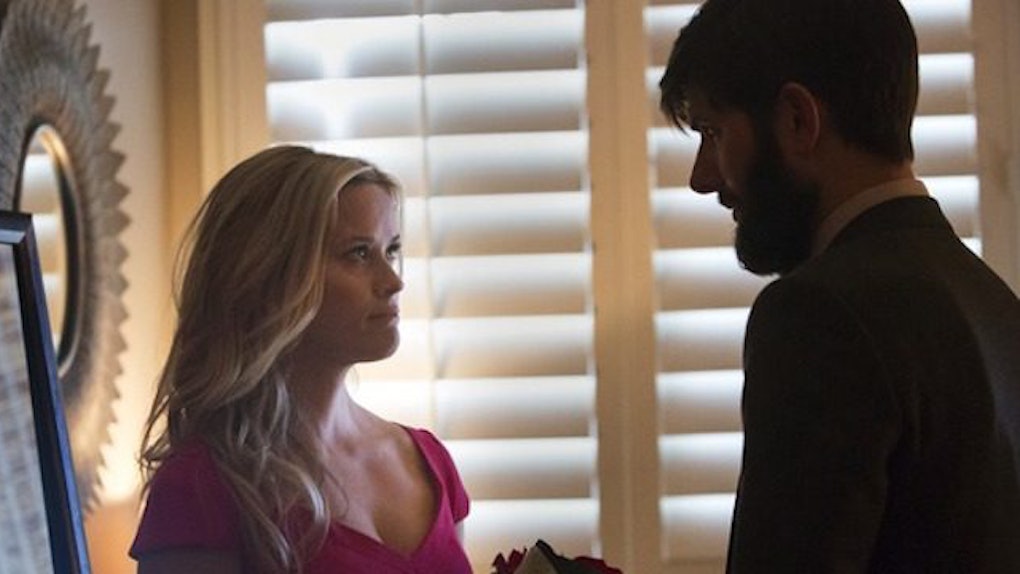 How 'Big Little Lies' Showed That Love Is Actually A Mess

If you're like the rest of the world, you're probably still reeling from last night's satisfying wrap-up to the HBO miniseries "Big Little Lies."

Sure, the finale delivered on its many promises, revealing who met a grisly end at Otter Bay Elementary's themed gala (and who did the deed itself), but there is so much more to take away from the overtly dramatic lives of these California women than the mere tale of a murder-mystery.

In fact, the characters of "Big Little Lies" have managed to show the world that love and all its parts continuously come together to form one big, sloppy mess.

There's this ongoing belief that love will fix things, causing any savagery to end and everyone's lives to revert back this overwhelming sense of bliss. But in fact, love only causes everything to get progressively worse.

Characters who appear the most prim and proper, living in outrageously pricey homes with large, loving families, are the ones who end up caught in this disarray, lying to themselves the most to stay afloat.

As we get to know main characters Madeline (Reese Witherspoon), Celeste (Nicole Kidman) and Jane (Shailene Woodley) on a much more intimate level, we learn there's so much more underneath the surface of their lives than the day-to-day facade that's been crafted.

Jane, the newest resident of Monterey, is forced to defend her son almost immediately after he's accused of violence against a classmate, while she struggles to stay afloat in this extremely classy coastal town.

Jane fears she stands out too much and is afraid her troubled past will permanently brand her as an outsider. As a survivor of rape, the only love in Jane's life comes from the relationship between mother and son. But regardless of the love he gives her, he serves as a constant reminder of that tragic affair.

Madeline, the sophisticated ringleader, acts as the glue that holds our beloved trio together, when in reality, she can hardly keep her own family matters from crumbling apart.

Though she's recovering from a failed marriage with a new beau, Ed Mackenzie (Adam Scott), Madeline's insecurities, like her alpha, domineering attitude and desire to always be the best, seem to stand out whenever she's around former husband Nathan (James Tupper) and his new wife, bohemian-chic Bonnie (Zoë Kravitz).

We find out sex with Ed is infrequent and low on the spice factor. There's just something missing in their relationship, which leads Madeline to seek out passion elsewhere.

The dent in that blonde armor of hers comes in the form of infidelity, proving to the audience (and to Madeline herself) that she is far from having the perfect fairytale ending she seeks.

And Celeste, an intelligent woman in her own right, is clearly held back from her full potential due to a violent relationship with husband Perry (Alexander Skarsgard).

We know Celeste is extremely capable of holding her own, whether at home or when spewing out legal jargon as a former lawyer, but her fear suspends her in time.

Celeste wants to do what's best for her two boys, but is hesitant to leave her husband because she doesn't want to disrupt the family dynamic. She's nervous that an action this big would cause other mothers of Monterey to look at her differently, and that any further actions against Perry could cost her her life.

She also thinks she still loves him, and therefore wants to protect him.

This mix of love and hate has her conflicted on what the appropriate actions to take when it comes to her marriage, and by the season's end, it explodes into a moment we all but expected to happen.

The big bloody reveal, though built up to be this huge surprise, is not the main takeaway as the final minutes tick on.

There's this underlying commonality between all of the characters that's been under disguise until they step out from behind closed doors: The lives of these women are far from perfect, and any love they seek to have in their lives comes with consequences.

The show's final minutes of literal silence speak volumes, and the women shown acting civil, enjoying themselves on the beach, sort of acts as this purification of everything we've witnessed over the last few weeks in Monterey.

Throughout all that disorder, they were able to find a sliver of happiness. The men aren't shown (as they seemed to be sources of conflict throughout the series). Instead, the women are featured scampering around with their kids.

There's an overwhelming sense of love radiating from the scene, despite the disorder and no inclusion of dialogue.

Are things absolutely perfect for Jane, Madeline and Celeste at this point in time? Even with all those coy grins on the warm sand, it's highly unlikely.

They have, however, somewhat confronted the demons that have stopped them from finding love.

Madeline has accepted it's impossible to life live without fault and is learning to love herself for who she is. Celeste's troubled relationship with Perry has come to a close — albeit not how she planned — which will allow her to reconnect with her two boys and, hopefully, a new man.

Jane is now able to close the door on the chapter in her life involving the sexual assault, providing some closure and acceptance. There could be hope for her and barista Tom (who isn't gay, guys) after all.

"Big Little Lies" may be a fictional show, but it's only confirmed our suspicions as to how messy love can be. No matter how pristine you hope things will turn out, there's always some inevitable bumps in the road.