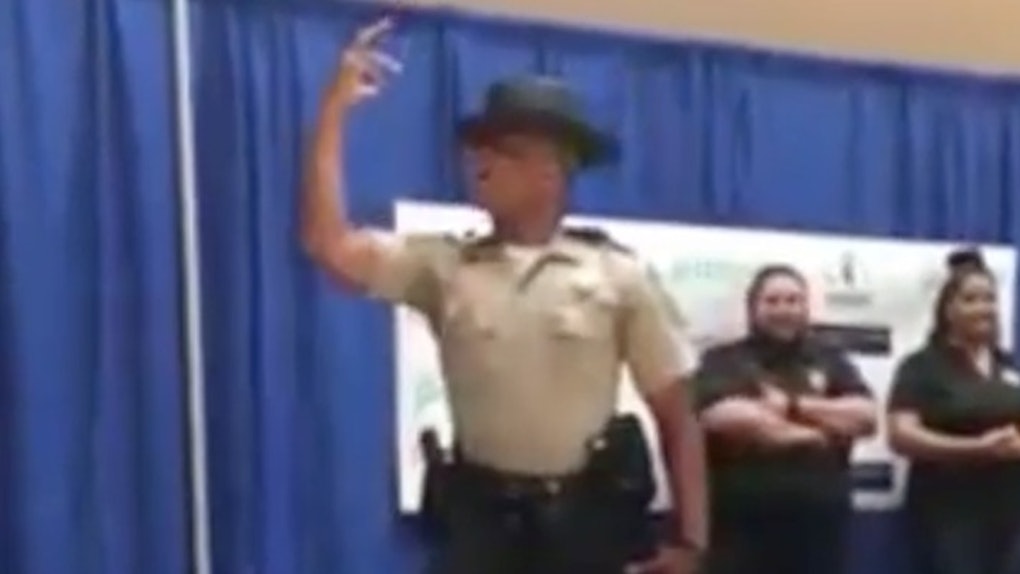 When Beyoncé's "Formation" was first released, the 34-year-old singer's latest song was accused of being "anti-police" due to its controversial lyrics and powerful visuals.

Shortly after the music video for "Formation" was released, Beyoncé was sure to voice her support for US law enforcement during a string of interviews back in May.

In an interview with Elle, Beyoncé opened up about the video, revealing,

I mean, I'm an artist and I think the most powerful art is usually misunderstood. But anyone who perceives my message as anti-police is completely mistaken. I have so much admiration and respect for officers and the families of officers who sacrifice themselves to keep us safe.

Despite more clarity being offered on the controversy surrounding the song and video, Queen Bey's initial motive with this powerful work of art is still misunderstood by many -- including some police officers.

That's precisely why this police officer's amazing dance routine to Beyoncé's "Formation" will blow your mind.

This officer has the moves to put ANY misunderstanding to rest.

Isn't it awesome that despite all of the ongoing controversy surrounding police brutality in America, there are still officers out there making it part of their job to prove to the public that not ALL cops are bad cops?!

From officer Tommy Norman's heroic efforts in low-income neighborhoods to the two officers that cooked an elderly couple dinner when they were unable to do so themselves, some cops have been stepping it up.

And NOW we have the BeyHive-supporting officer who knows exactly how to get into "formation." Take notes!