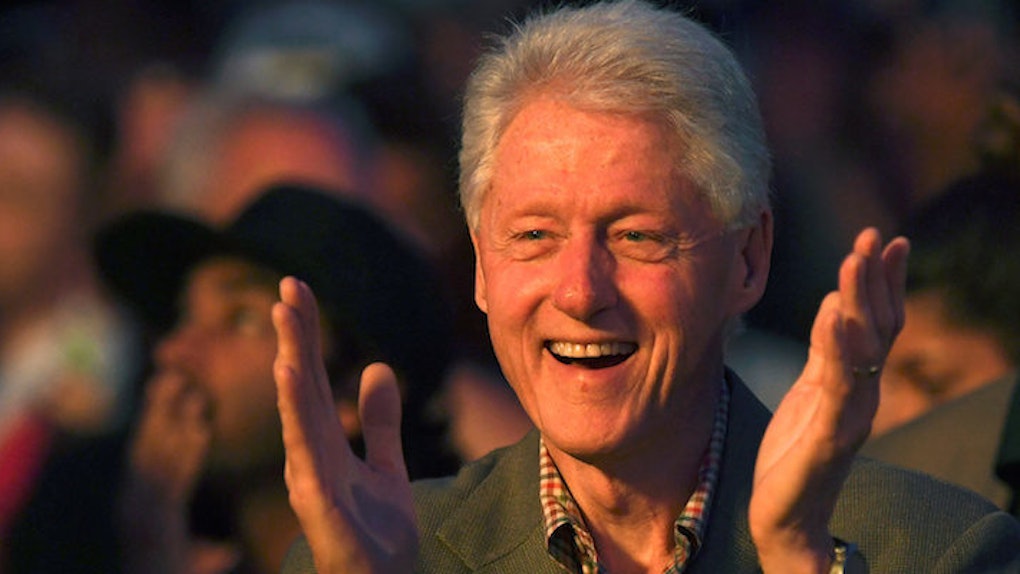 Beyoncé turned 35 yesterday, which means she is officially eligible to run for president.

Coincidentally, she and her husband, Jay Z, actually spent some time with the former president on her day of birth at the Made in America music festival in Philadelphia.

Beyoncé is a longtime supporter of Democratic presidential nominee Hillary Clinton, so it's not that surprising she was spotted chatting with Bill Clinton.

In addition to schmoozing with the stars, Clinton was reportedly at the festival to help inspire people to register to vote. But that didn't stop him from taking selfies with people in the crowd.

The former president was also spotted chatting with Chance the Rapper and Jay Z, among other musicians and celebrities. I wonder what they were talking about?

I always knew he was into hip-hop.

Chance the Rapper, who is clearly a big Beyoncé fan, sang "Happy Birthday" to her. He apparently gave an amazing performance in general.

Maybe next time Bill can grab his saxophone and join the show?

Or maybe we could get a harmonica/saxophone duet with Tim Kaine AND Bill Clinton. I think that's what America truly deserves.