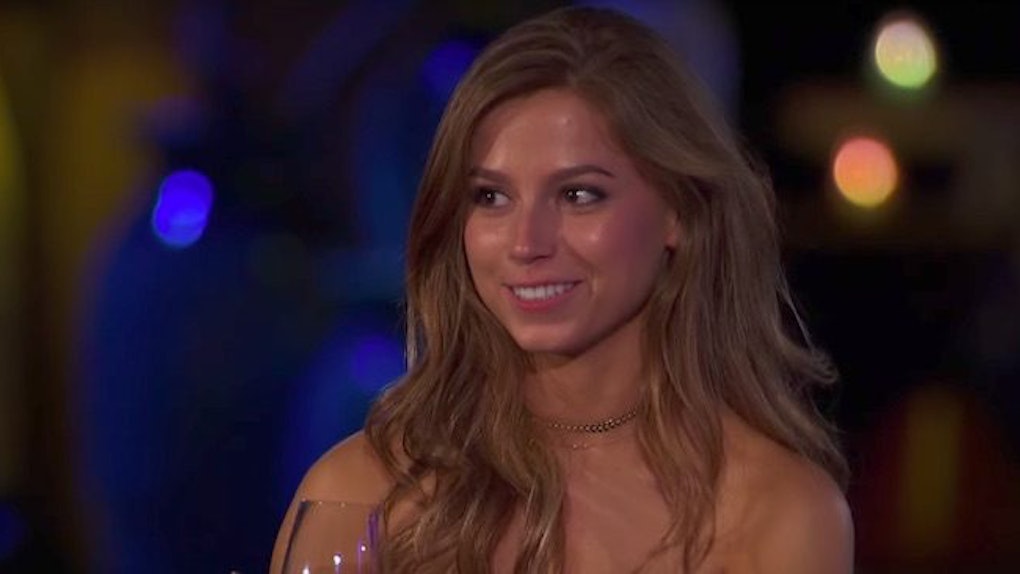 Dean, Kristina & Danielle's Love Triangle On 'Bachelor In Paradise' Is Taking Over

Well, we knew a major love triangle was going to pop up on Bachelor in Paradise, and now it looks like the show has already delivered the three-person romance that will be at the center of the rest of the season. And are any of us surprised that Dean's in the middle of it? Dean, Kristina and Danielle's Bachelor in Paradise love triangle pretty much dominated Monday night's new episode, and it's pretty clear the dramatic turmoil will between these three will continue throughout the rest of the season as well.

Up until Monday night, it looked like Dean and Kristina were going to go the distance together — they went on the first one-on-one date of the new season and actually stayed together over the show's production hiatus. But things got a lot more complicated in Monday's new episode. Seemingly out of nowhere, Dean began distancing himself from Kristina, and told her he wanted to slow things down between them during the first rose ceremony. Despite this, Kristina still offered Dean her rose to keep him around. And then Danielle walks in.

Immediately, sparks seem to fly between Danielle and Dean, and she asks him out on her one-on-one date. Much to Kristina's disappointment, Dean accepts the date and makes out with Danielle while Kristina is sitting at home upset that the guy she was vibing so much with is now pursuing someone else. In the end, it becomes clear that Dean is playing both sides of the situation: he makes up with Kristina while watching the sunset with her, but then brings out a surprise half-birthday cake for Danielle while sitting by a campfire.

There's always one messy love triangle at the center of each season of Bachelor in Paradise, and this year it's definitely going to be Dean, Kristina, and Danielle's. So who will Dean wind up with in the end? Or, will both Kristina and Danielle get tired of his duplicitous approach and leave him in the cold? I can't wait to find out!