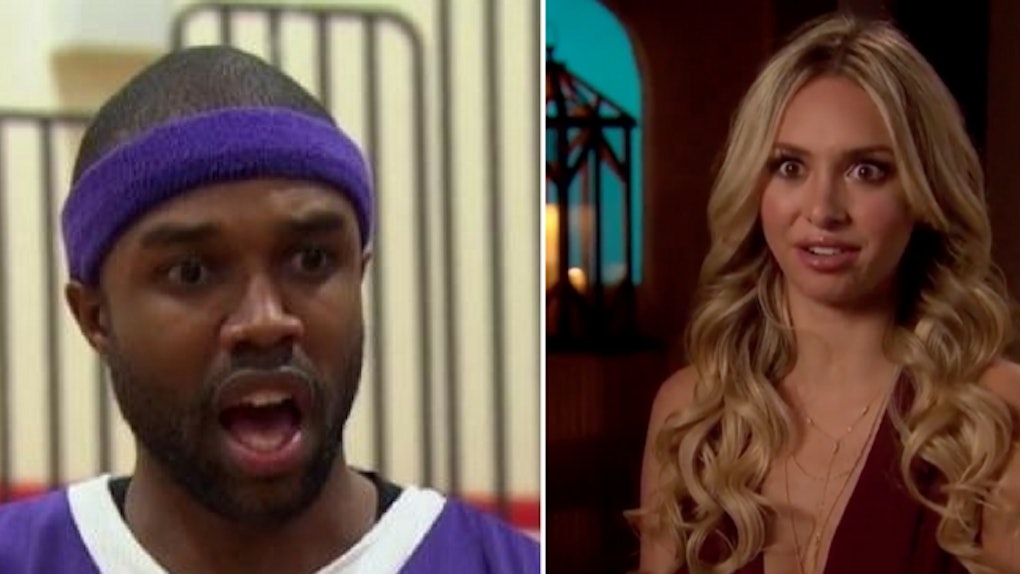 Bachelor In Paradise’ Will Show Corinne & DeMario Together, So Prepare For Drama

Turns out, we actually are going to be seeing Corinne Olympios and DeMario Jackson on this season of Bachelor in Paradise. Chris Harrison confirmed to Entertainment Weekly the upcoming season of Bachelor In Paradise includes Corinne and DeMario scenes, which many fans had assumed would be cut from the show following the high-profile controversy causing production to shut down and both contestants to depart from the series.

Harrison explained the season premiere will include footage from the first three days before Corinne and DeMario's incident, and it will cut to Harrison explaining exactly what went down.

We had already shot for three days [before the shutdown] and a lot had actually happened — a lot of people had arrived, there had been dates, we'd gotten to the point where there was about to be our first rose ceremony — so we had a week's worth of stuff [that] we didn't want to just throw that away because that's what impacted the show and it's what led to the shutdown. We thought you needed to see that. So you're going to see a lot of it, including Corinne and DeMario on the show. When we restart, it will be me back in Mexico walking you through what happened and then we're going to watch what happened. And then we'll cut back to me and I'll kind of shed some more light on things and then we're going to go back and you're going to see more of what happened, [and] not just the controversial. You're going to see a lot of things, people falling in love, a lot of dates happening.

About two months ago, Bachelor in Paradise halted its production after rumors surfaced alleging DeMario Jackson and Corinne Olympios were involved in misconduct that was caught on camera. A few weeks later, Warner Bros. announced its investigation into the incident resulted in no charges of misconduct. Though production resumed, DeMario and Corinne both did not return to the series.

Bachelor in Paradise will premiere on August 14.