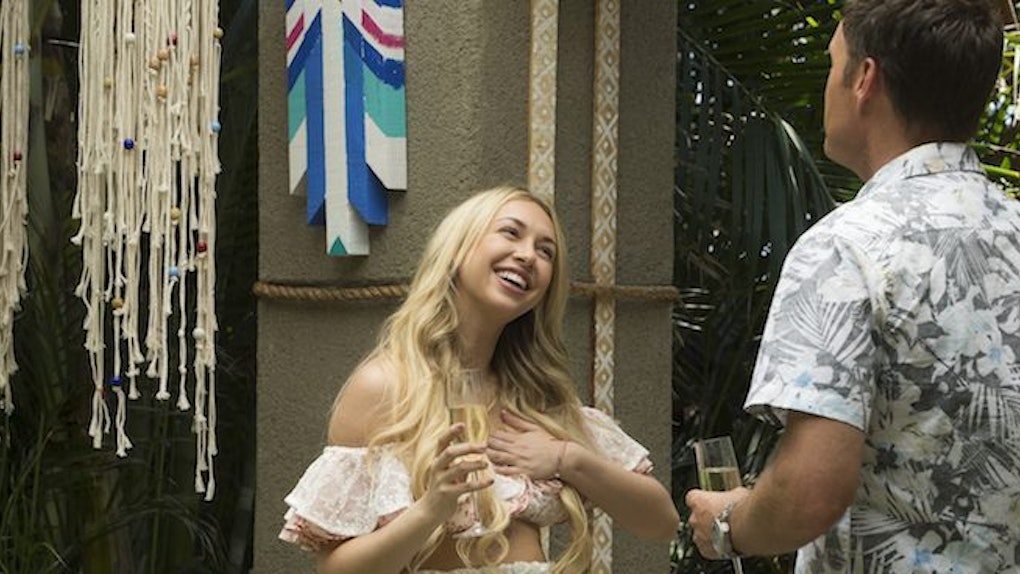 Is Corinne Getting Her Own Show? The ‘Bachelor’ Star Confirms She’s Getting Two

Just because Corinne Olympios left Bachelor in Paradise doesn't mean her time on the small screen has come to an end. It looks as though Corinne has a reality show in the works. And that's not all. The breakout blonde is also planning to sink her teeth into a scripted series. #TeamCorn isn't slowing down anytime soon, guys.

The TV personality, "business owner," and self-proclaimed nap enthusiast is staying busy following being at the center of the Bachelor In Paradise scandal that halted production, resulting in her permanent departure from the season. Corinne spoke to The Hollywood Reporter about her entertainment future on Thursday, revealing,"I do have a [reality] show in the works, and I'm also working on a scripted show with one of my favorite producers."

You won't have to wait too long to see Corinne on your TV screens again, though. Her highly anticipated sit-down with Chris Harrison airs this upcoming Tuesday, Aug. 29, where she'll be opening up about her much-scrutinized Bachelor in Paradise experience. DeMario Jackson already had his turn in the public hot seat this week when he did a tearful and honest interview with Harrison that described his side of the story in emotional detail.

It's no surprise that Corinne is prolonging her stay in the spotlight. On Nick's season, she was one the standout stars, whether you loved her antics or not. Her quotes were endlessly meme-able and honestly, how could a huge handful of people not relate to someone whose favorite pastimes include sleeping, eating cheese, and sipping champagne?

When asked how her Bachelor history has affected the next phases of her life, Corinne told THR, "I've had many different experiences with The Bachelor, all positive. There was a setback, but everything just comes from me and how I'm feeling, and I always try to come out being the best that I can be — the best Corinne that I can be. I really just follow my heart and not let anything else get in the way."

There you have it. Looks like we'll get more than a few chances to see the best Corinne in action.