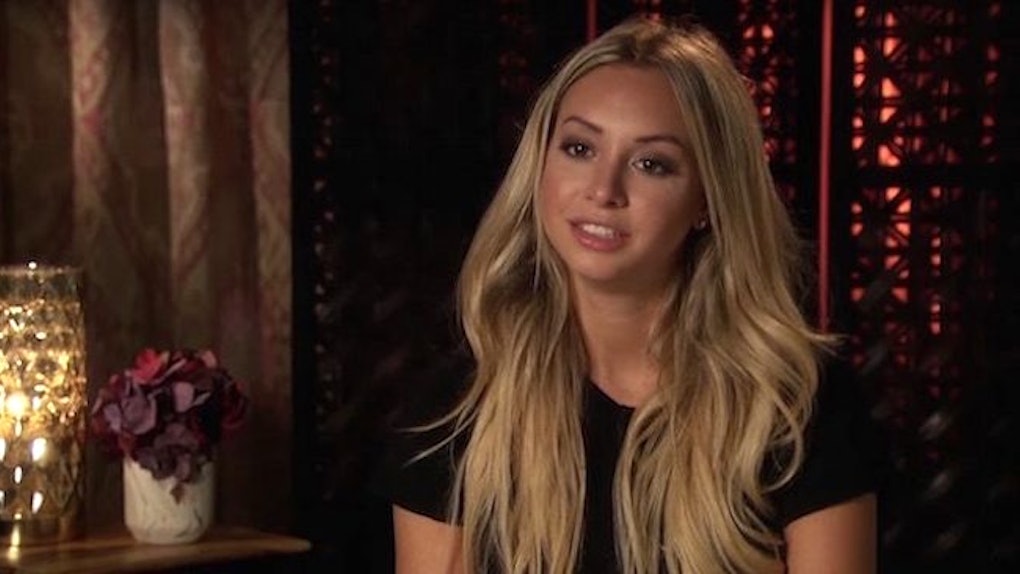 Will Corinne Do A 'Bachelor In Paradise' Interview With Chris Harrison?

On Tuesday night's episode of Bachelor In Paradise, Chris Harrison sat down with DeMario Jackson to discuss the controversy on the show that shut down productions for several weeks. In the promo for the episode, fans see a very emotional Jackson sitting down with Harrison to discuss the sexual misconduct accusations that surrounded him and Corinne Olympios while filming. Now, fans are wondering if Corinne will do a Bachelor In Paradise interview with Chris Harrison as well.

According to an ABC press release,

Corinne Olympios will sit down with host Chris Harrison in the Tuesday, August 29 episode.

Therefore, fans can expect to see Olympios share her side of the story during next week's episode. The two contestants will be interviewed separately about the allegations that took place over the summer, so each will have their own segment and a chance to speak.

On June 20, Warner Bros. concluded their investigation into the controversy and released the following statement:

As we previously stated, we recently became aware of allegations regarding an incident on the set of Bachelor in Paradise in Mexico. We take all such allegations seriously. The safety, security, and well-being of the cast and crew is our number one concern, and we suspended filming so that the allegations could be investigated immediately and thoroughly. Our internal investigation, conducted with the assistance of an outside law firm, has now been completed. Out of respect for the privacy interests of those involved, we do not intend to release the videotape of the incident. We can say, however, that the tape does not support any charge of misconduct by a cast member. Nor does the tape show, contrary to many press reports, that the safety of any cast member was ever in jeopardy. Production on this season of Bachelor in Paradise will be resuming, and we plan to implement certain changes to the show's policies and procedures to enhance and further ensure the safety and security of all participants.

A representative from ABC added,

We appreciate the swift and complete investigation by Warner Bros. into allegations of misconduct on the set of Bachelor in Paradise. Given their results, the series will resume production, and will air this summer on ABC.

On June 14, Olympios released a statement after her team conducted its own investigation. It read,

DeMario Jackson released his own statement as well:

Be sure to tune into Bachelor In Paradise on Tuesday, Aug. 29 to listen to Olympios' side of the story.