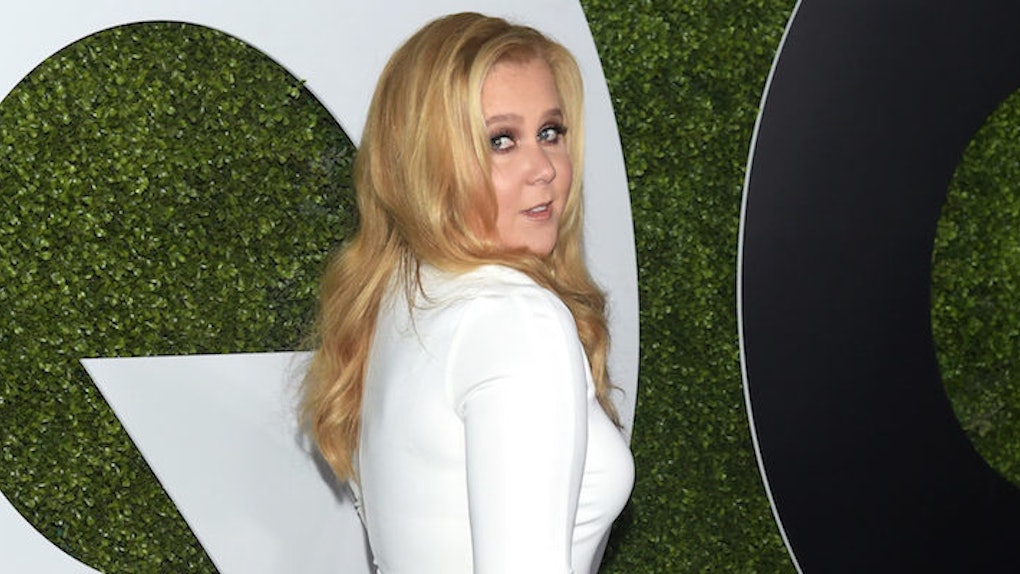 Amy Schumer Has A New Boyfriend And He's Sexy AF

Amy Schumer visited the White House Tuesday to warm up her front-row seat during President Barack Obama's speech on his plans to reduce gun violence in the US.

She attended the event in the nation's capital with her cousin, New York Senator Chuck Schumer, and his wife, who have joined her in efforts to push stricter gun control laws.

Amy's family members weren't the only ones by her side, however, as a mystery man appeared in a group photo outside the White House, which she posted to social media.

Note the suggestive caption below:

Who's the guy with the creamy complexion to the left looking absolutely delicious in a suit?

His name is Ben Hanisch, and he's the owner of custom furniture company The Last Workshop, based in Chicago, Illinois.

Ben, 29, also made their relationship social media official recently, when he posted the photo below with the caption,

Sometimes in life you get extremely lucky, and the smartest, funniest, most beautiful woman comes along when you least expect it. Here's to what adventures 2016 brings!

Amy of course commented on the photo, sarcastically saying,

I'm pregnant. I didn't know how else to tell you.

The "Inside Amy Schumer" comedian followed up the news with another Instagram post, basically poking fun at all of us for going crazy over the news.

Amy is so, so happy. She calls him her boyfriend and says he constantly tells her how pretty, sexy and perfect she is. She feels like she hit the jackpot.

Sorry, we're not sorry that we're super stoked Amy's got a boyfriend. You go, Ben!

Citations: Amy Schumer Has a Boyfriend (and No, He's Not Jennifer Lawrence) (Vanity Fair)