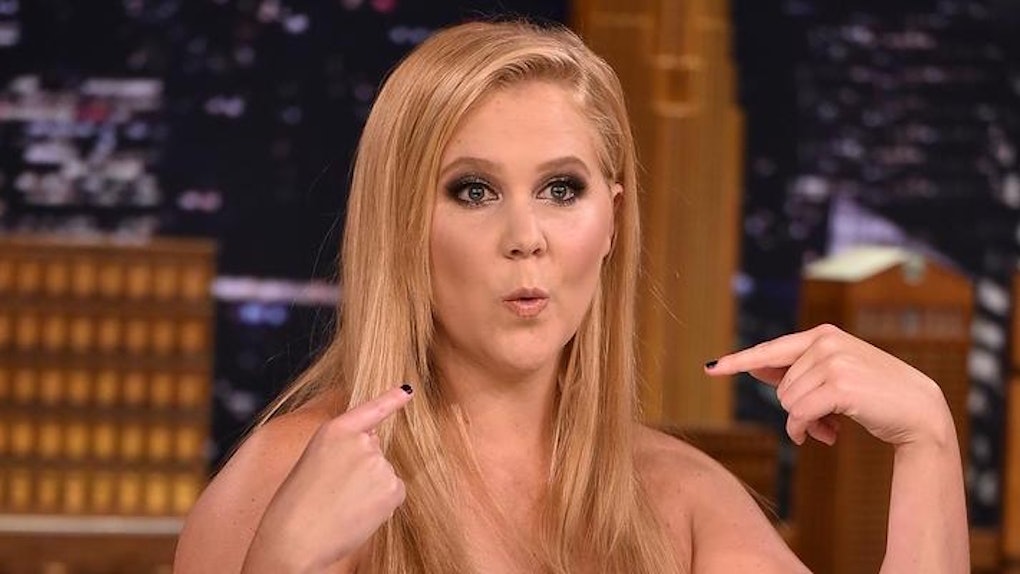 Anyone who thinks Amy Schumer isn't seriously committed to gun control should probably feel bad about how wrong he or she is.

On Tuesday, the comedian sat in the front row at the White House for President Obama's emotional speech in which he outlined the actions he's taking against gun violence.

Not a great picture, but here's Amy Schumer, who has done work on behalf of gun control. #WhiteHousepic.twitter.com/n5Ui63ssZY — Kate Bennett (@KateBennett_DC) January 5, 2016

In October, Amy blessed us all by starring in a hilarious social commentary for "Saturday Night Live" about gun gift-giving.

She has also been working with her cousin and New York senator, Chuck Schumer, to push for stricter gun control laws ever since a shooter killed two and injured nine people at a screening of her film "Trainwreck" in Lafayette, Louisiana.

After the speech, Amy tweeted support for the president's gun control plan, as well as a few pics of her at the White House.