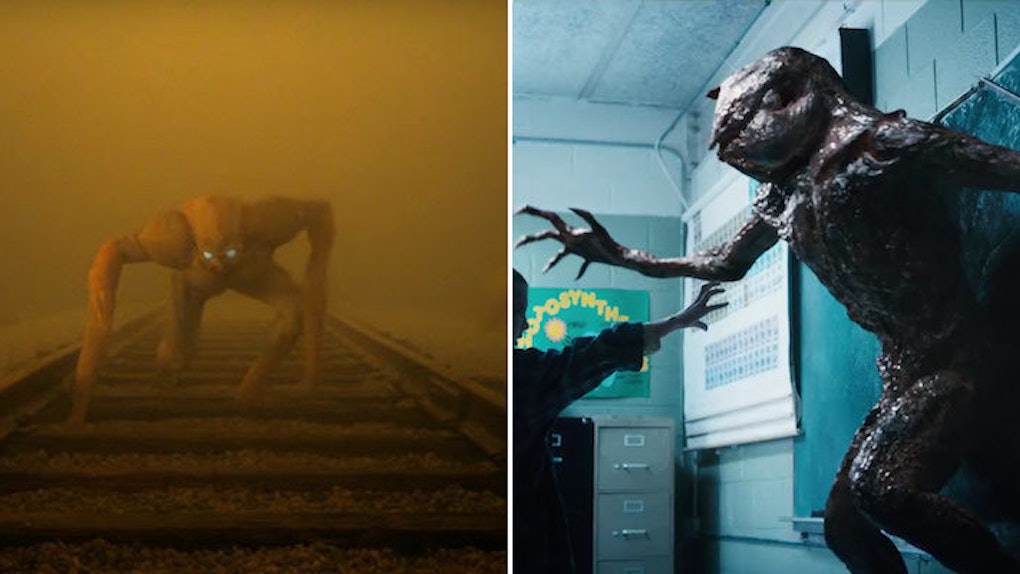 OK, first of all, y'all saw that creepy AF teaser for the new season of "American Horror Story," right?

If not, feast your eyeballs on 15 seconds of this long-armed, creepy ass, rock monster dude:

Yeah, we still have NO idea what is going to happen in the sixth season of Ryan Murphy's murder show, but it does look pretty cool.

But did that long-armed, creepy ass, rock monster dude remind anyone of anything?

If you've watched the hot new Netflix cult show of the summer, "Stranger Things," you might know what I'm talking about.

If you haven't seen it, basically what happens is (don't worry, no real spoilers): these four nerdy boys, who love playing Dungeons and Dragons, find out the monster from their favorite game, is totally real.

They call it the Demogorgon, and it looks like this:

Hmmm. So "Stranger Things," one of the most popular horror/supernatural shows around, has their own long-armed, creepy ass, rock monster dude, and then "American Horror Story" suddenly has one too?