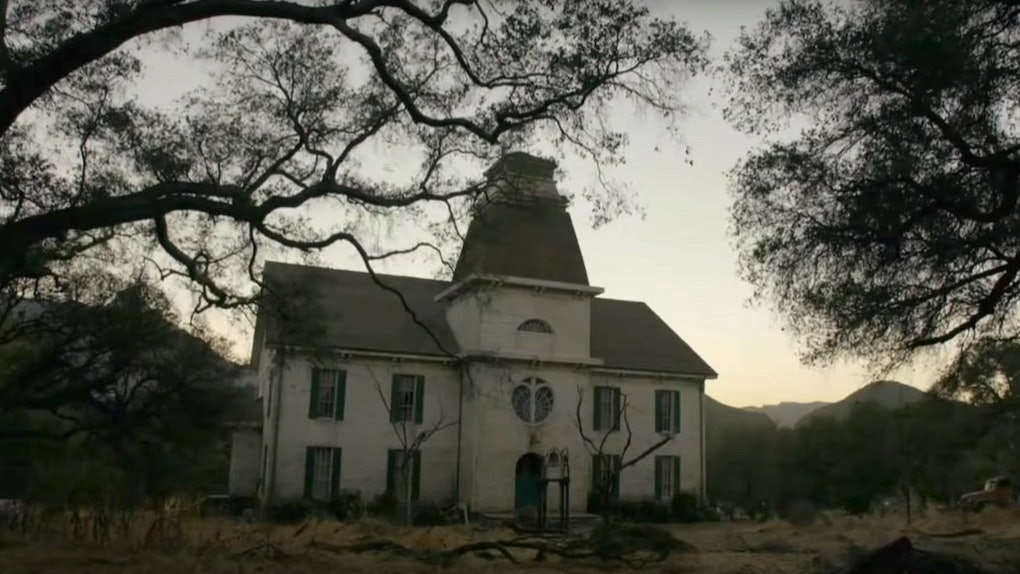 "American Horror Story" fans knew this was coming: Everyone is dead.

Well, almost everyone is dead, anyhow.

Lee, (as in, the Lee played by Adina Porter, not the Angela Bassett version of Lee) was revealed to be the last survivor of Murder House 2.0 in last night's episode of season six.

Cool, so the murderer was the one who survived, cool cool cool.

(Though, to be fair, the rest of the people in Roanoke weren't that great either. I'm not too broken up about any of these deaths, to be honest.)

For those of you still watching this crazy season, you know things got a little confusing after the big twist in episode six.

"My Roanoke Nightmare" the documentary series ended, and the focus of "American Horror Story" shifted to the actors and subject of that documentary, who, for some unknown reason, decided to return to the house where people get murdered for a new reality series.

Flash forward to last night's episode, and almost everyone has died in one creepy messed up way or another, just as they were told they would. Seriously, why did they come here?!

Apparently Ryan Murphy thought this show needed even more confusing meta characters, so the episode started with some kids who are fans of "My Roanoke Nightmare."

These kids decided to go find the murder house on the blood moon, because every character in this show is an idiot, apparently.

At least now we know who Taissa Farmiga is playing — she is one of those idiot kids.

Unfortunately, she and those other idiot kids die because, frankly, of their idiocy.

Anyway, Wes Bentley shows up to the house where Audrey and Lee are the only ones not dead yet. They finally have the sense to want to get the heck out of there, but Wes Bentley Ubered there and doesn't have a car.

So they all leave the house together to try to get a car and meet up with Monet. Dylan gets killed, and then Audrey and Monet escape back to the house, leaving Lee behind.

Lee meets the witch in the woods and then goes back to the house and murders Monet and Audrey (so she thinks).

But the next morning, when the cops show up, they find Audrey alive. Audrey pulls a gun on Lee, but the cops shoot Audrey first.

So, Lee is the last one standing.

Can't wait to see what plot and characters this show cooks up next week!

Judging by the promo, it will definitely be nice and confusing.