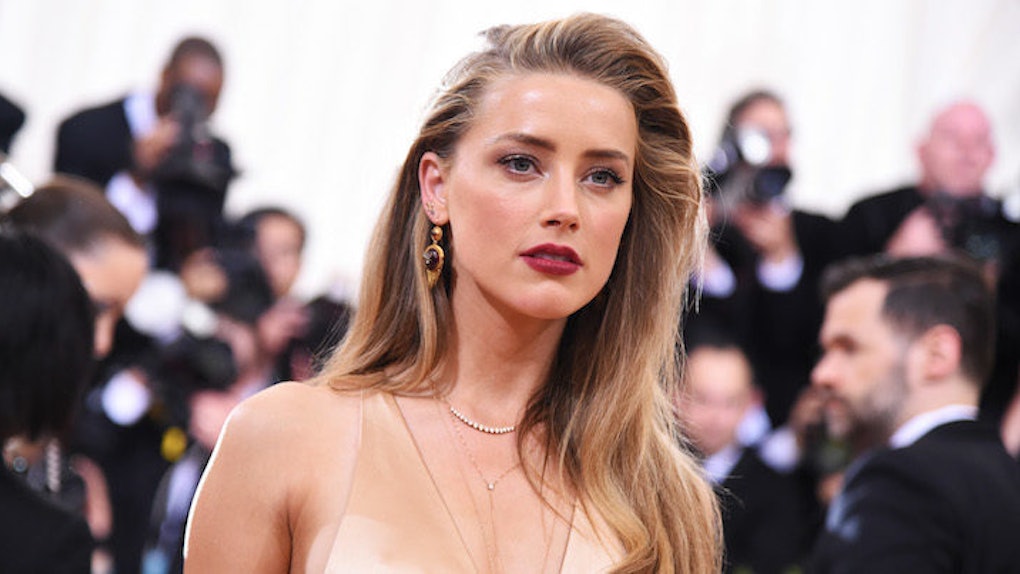 Back in 2009, Amber Heard was arrested at Seattle-Tacoma International Airport for a reported incident of domestic violence against her ex-girlfriend, Tasya van Tee. Heard apparently aggressively grabbed Tasya's arm.

Tasya deemed the arm-grab a “lover's spat” and nothing more. She also went on to say she didn't want Amber to get arrested for what she'd done, despite the cops cuffing her.

The case was taken to trial, and though the judge never moved forward with prosecuting Heard, Tasya has only good things to say about her ex. In reference to the policemen who arrested Heard, she recently stated:

In 2009, Amber was wrongfully accused for an incident that was misinterpreted and over-sensationalized by two individuals in a power position.

She goes on to call Heard a “brilliant, honest and beautiful woman,” and even admits they still remain close.

I'm glad Tasya is speaking up. The reactions to the allegations against Johnny Depp have been mostly shock and confusion, albeit one-sided in his favor because people refuse to believe he could do such a thing. As for why a trivial, one-off incident between Heard and her ex is relevant at all to what's happening right now is beyond me. It seems as though the media is grabbing at straws, pulling any pieces they can find from Heard's past to present her in a bad light. It's cheap journalism, if you ask me.

My guess is people are so keen on bringing Heard down because Johnny is a fan favorite (I'm a huge fan of his work myself — or was, at least), but there needs to be more support for Heard. Tasya's statement will work in Heard's favor, though it's a shame only one woman is standing up for her while a ton of people all around the world are still backing Depp throughout this whole thing.

Will people take Heard's side now that Tasya has come forward? We'll have to see. As my co-worker, Anna, so bravely and intelligently puts it:

"Ask yourself when you were taught to always question the credibility of a woman, but always accept the authority of a man."