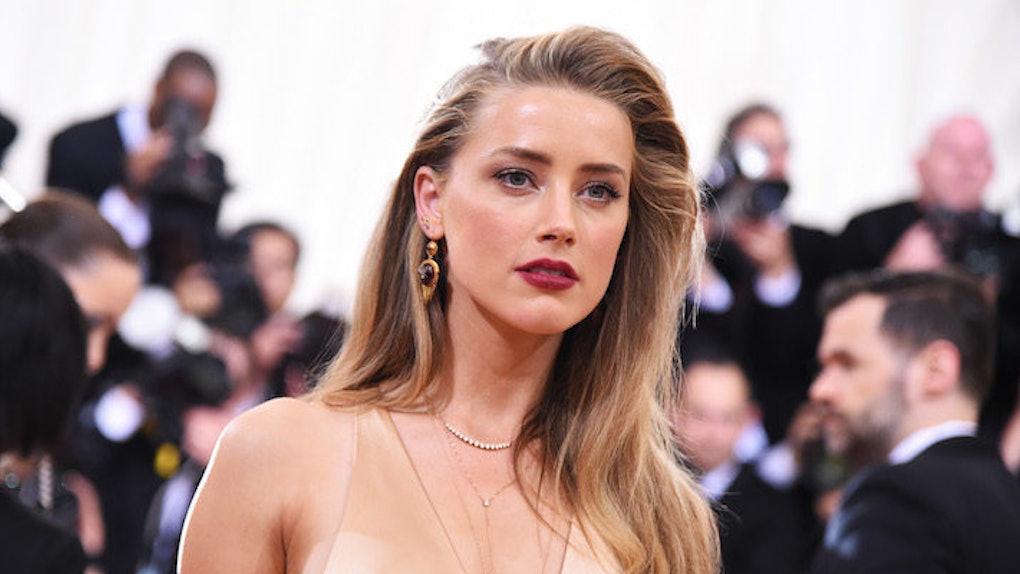 Here's Why We Shouldn't Be Focusing On Amber Heard's Past

Two weeks ago, when Amber Heard went to court with a bruise on her face saying her husband had hit her, the world responded with suspicion and doubt.

Now, TMZ has reportedly dug up an old arrest report from 2009. Amber Heard was apparently charged with misdemeanor domestic violence for allegedly grabbing Tasya van Ree, Amber's then-girlfriend, by the arm while the two were arguing.

The prosecutor allegedly dropped the case, according to the court audio TMZ published in the article.

Guess how the world reacted to this abuse report?

I have seen firsthand the double standards Amber is facing in the public eye regarding her case against Johnny Depp.

Here are some of the highest-liked comments I saw on the Elite Daily Facebook on the post from two weeks ago about the original abuse claim from Amber, written only a few hours after the 30-year-old actress came forward.

And here are some of the top comments from the Us Weekly Facebook page today after the news of Amber Heard's 2009 arrest.

It is undeniable Amber Heard has faced uncalled for and unsupported suspicion, way more than even Johnny Depp has faced, despite the presence of photo evidence against him.

I am not saying every commenter on this issue is accusing Amber Heard of being a "lying psycho." But again and again, that has been the mentality surrounding this court case.

There is one comment I saw that stood out as the voice of reason.

This comment gets to the real question I have after reading the TMZ report: Why?

Why are we digging up Amber Heard's old arrest from 2009 when right in front of us is physical evidence of Johnny Depp's abuse from 2016?

The answer, the only truthful answer, is to make Amber Heard look bad.

The media, of course, is far from blameless in this regard. Here is the first sentence from the TMZ article breaking the news of this 2009 arrest:

So, basically, because Amber Heard was arrested seven years ago, we are supposed to doubt she could ever be abused herself. Where is the logic in that?

No, we don't know if Amber Heard is telling the truth about Johnny Depp. But there are some things we do know.

We know abuse victims have had to fight tooth and nail to even be listened to, much less believed. We know even rape victims found behind dumpsters face endless suspicion and questioning. We know less than 50 percent of women who face violence and abuse end up reporting it at all.

And why would they? We've proven the only reward for coming forward is having every nook and cranny of your life examined and being called a psycho bitch in the comment sections.

Stop digging into Amber Heard's past to "prove" she's lying.

Stop pointing to Johnny Depp's previous relationships as "proof" he couldn't be abusive.

Stop grasping at evidence that isn't there, and stop trying so desperately to discredit a woman's claim of abuse.

Instead, ask yourselves why this is your first instinct. Ask yourself when you were taught to always question the credibility of a woman, but always accept the authority of a man.

One last thing — it is easy to put all of the blame for this kind of thinking on the media. This is, in some cases, justifiable, and I do not think I -- or Elite Daily -- am blameless.

But don't forget, the media is in the business of telling stories people are interested in. And a quick look at the likes, comments and shares on these Amber Heard articles shows that business is booming.

So there is one more question we must all ask ourselves, then: Why are we more interested in Amber Heard lying than in Amber Heard telling the truth?