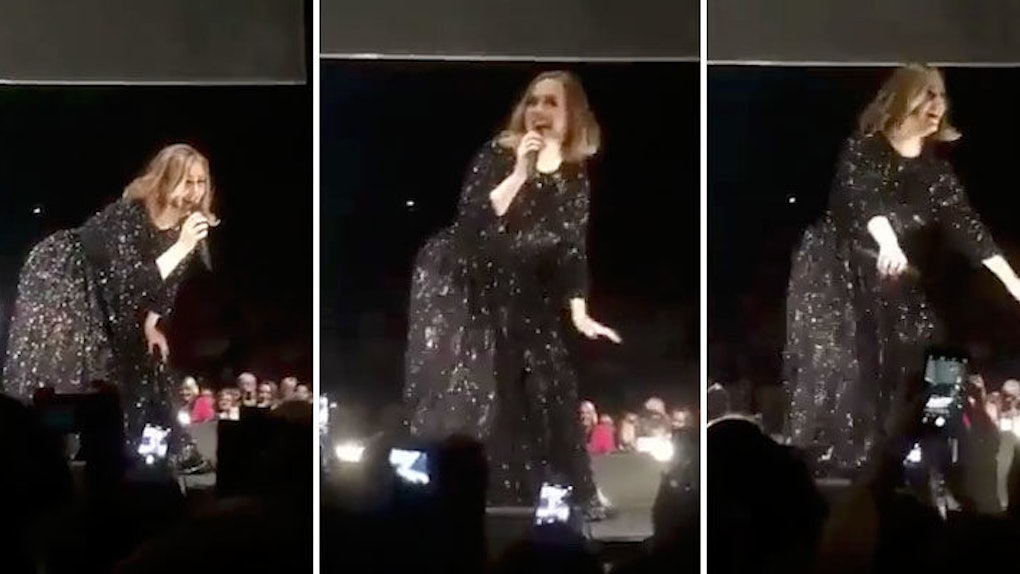 Made famous by some of the biggest and most promiscuous booties in music, twerking is no easy dance move. Unless you can work it like Lexy Panterra or Queen Bey, most people avoid the public embarrassment of trying to pop, lock and drop it like they know how.

During a recent stop on tour in London, however, Adele had no hesitation in showing fans she can shake it, despite her music leaving you more inclined to cry than break out the choreography.

The 27-year-old chatted with fans during a short break in-between performances at the O2 Arena when she bent her knees and got to shakin' what her mama gave her. In the video above, the singer says,

I think I just twerked. ...I can't do it that well. My whole body has to move. ...My bum could break my back, it's so enormous.

Leave it to Adele to turn twerking from sexual to endearing.

This is the second time the "Hello" singer has made headlines during her tour overseas for a sweet moment caught on camera. In early March, she helped a young woman propose to her boyfriend by pulling the wishy-washy guy up on stage and practically bribing him to say yes.

A free wedding performance by Adele? Who could say no to that?