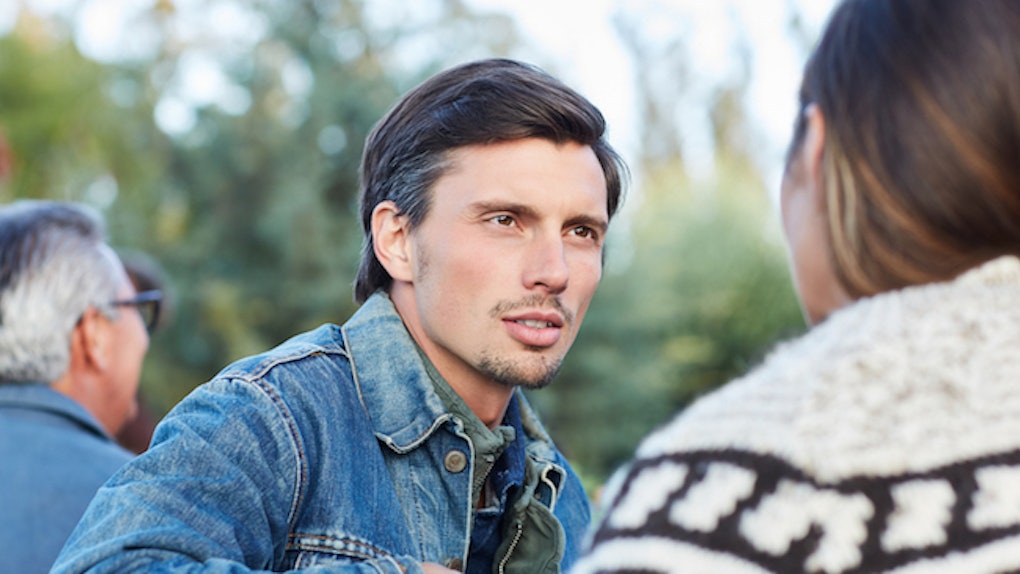 What Does Going On A Break Mean? Guys Reveal What It Means To Them

In a totally normal world that made sense, you'd think when people said they wanted to "go on a break" with the person they were dating, they'd mean just that: spending some time apart to recharge and reevaluate the relationship.

But I'm not sure if you know this: We absolutely do not live in a normal world that makes sense. Just last year, people dressed as clowns and ran around terrorizing other people for literally no goddamn reason. A Cheeto is president for f*ck's sake. See? Definitely not normal.

Clowns and Cheetos aside, because nothing makes sense, it can be hard to tell what someone's actually trying to tell you when they say they want to "take a break."

Do they genuinely just want to take a break? For how long? Do they secretly want to see other people? Do they just want to be single? WHY DO YOU NEED A BREAK FROM ME???? I'M PERFECT????

Well, if you thought going on a break with your partner genuinely meant that they wanted a short break to recharge and come back to your relationship rejuvenated and ready to love, think again.

A group of guys took to Reddit to reveal exactly what it means when they say they want to "go on a break" with someone, and they were definitely... honest.

This guy thinks it's a euphemism for "I've fallen out of love with you."

This guy thinks it's a lame excuse to keep someone around.

These guys are confident it means the person saying it just wants to bang other people.

This guy thinks it could mean three things, all of which are definitely not just a "break."

These guys think it's a breakup at the end of the day.

This guy thinks it's a way of saying "I can do better."

This guy seems to think it's pretty self-explanatory.

These guys know "going on a break" means "soft breakup."

This guy knows the person wants to sleep with other people, but they don't wanna lose you... yet.

This guy thinks the person saying it is already talking to other people.

This guy thinks the guy who says this lacks ~the balls~ to end it.

This guy feels me when I think this phrase could literally mean anything.

This guy thinks Kanye summed it up perfectly.

Well, there you have it, you guys. "Going on a break" with someone means... literally anything apart from an actual break at this point.