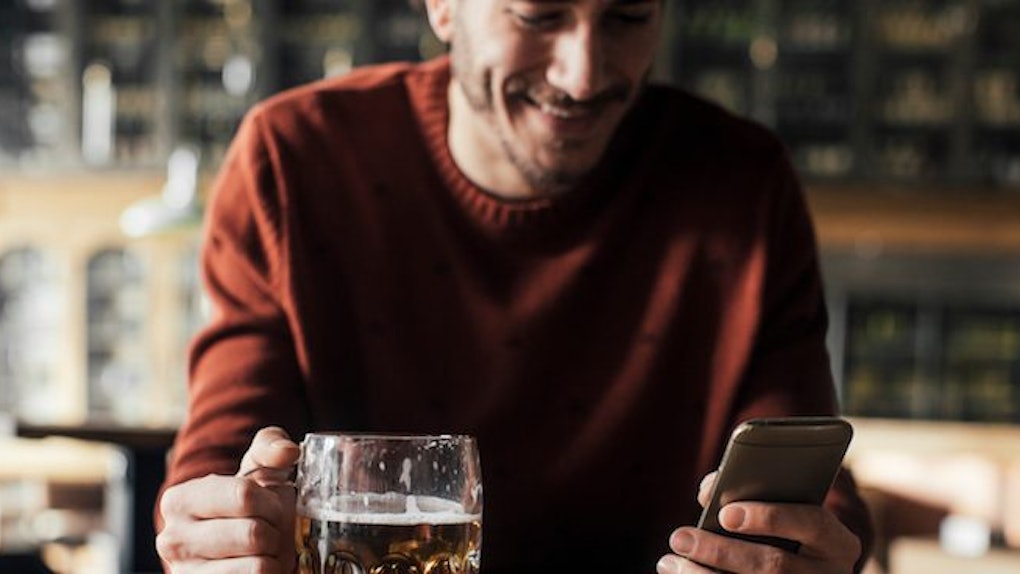 How To Avoid Being Ghosted, According To An Expert

I used to call myself a one-date wonder. I would go on all these incredible first dates, and then, I'd never hear from these men again. What's the deal?

It would happen on dating apps, too. I would match with guys whom I would have long, witty conversations with, but they would never actually ask me out. Eventually, after a few weeks of pen-pal-ship, our non-relationship would just fizzle out.

So why am I being ghosted all the time? Is there a way to avoid it? I decided to reach out to some experts.

First, I needed a male perspective: What's the deal with ghosting anyway? Why does it happen? What causes it?

So it turns out that to avoid ghosting, you just need to communicate properly. Guys like explicit, direct, and open communication? Who knew! The less games you play, the more you'll get your way, I guess.

But more than that, ghosting can sometimes actually be a good thing. I know. It's surprising.

Meredith Golden, a dating coach and online dating expert, says, "Being ghosted, while annoying and disappointing, can really be a blessing. I'd rather true colors be shown earlier so your time isn't wasted." And to be honest, I agree. Growing up, my mother always used to tell me, "Rejection is God's protection." Sometimes, everything doesn't work out for a reason.

But what if you're already dating or talking to a guy, and you want to make sure he doesn't ghost you? Well, Golden has some tips to follow to ensure successful dating. If you follow these rules, the person you're dating likely won't disappear from your life completely without warning — hopefully.

First, it's important to avoid falling into pen-pal territory by making plans as soon as possible. "Skip the pre-screen call and meet live. The pre-screen call usually falls flat and someone gets ghosted," says Golden.

Sometimes, we want to text someone incessantly before meeting or message them for weeks to see if we're compatible before meeting up. This just leads to a lot of anger and frustration, as well as opportunities to meet other people. Life moves quickly on dating apps, and you gotta cut to the chase.

To avoid being ghosted, avoid too much pre-talk, which can get boring. Instead, dive straight into coffee or drinks in person. When you chat IRL, you can at least tell if you have chemistry or if you feel attraction — something that isn't necessarily decipherable on your phone.

If you've ever wondered what kind of things to say on Bumble or Tinder to keep the conversation moving, Golden has you covered. She says, "When messaging on apps, respond with questions to keep it going."

People instinctively don't like to leave things unanswered, so your best bet at an engaging conversation that won't disappear is to actually ask questions.

Should you intensely interrogate a complete stranger? No, probably not the best idea. But ask your Tinder match about himself or herself, see if you watch the same television shows, and if they message you about something interesting, ask a few follow-up questions about it.

"Keep things short and sweet, and you won't be ghosted by every guy you meet" is my motto that I just made up.

"Don't be too available. Even if you're a former super model who is an orthopedic surgeon, being too available sends an unattractive message," Golden says. "Hold off a few hours before you respond online, and don't go back and forth more than four times in a day. Also, if he hasn't asked you to meet after four days of messaging, don't waste your time."

You don't need to write a guy novels on a dating app to keep his attention, especially if he seems like he is withdrawn or elusive. Those are exactly the kind of guys you don't want to give your attention to in the first place. Save a little mystery in your conversations so that the person you're messaging has a reason to ask you out IRL and find out more about you.

If you message someone your entire life story, it not only shows that you have a LOT of time on your hands and that you're willing to give it to a stranger for no reason, but it also leaves no space for growth or finding out more about you when you meet up in person. To prevent being ghosted in this case, keep it brief.

Ghosting is usually the result of improper communication and can sometimes actually be a blessing. So don't take it personally. Be thankful for it. You just dodged a bad-guy bullet.

But if you want to avoid it in your life, make plans early, ask questions to keep the conversation moving, and don't be too available. And if he hasn't asked you to hang after a few days of messaging, it might be time to ghost him.