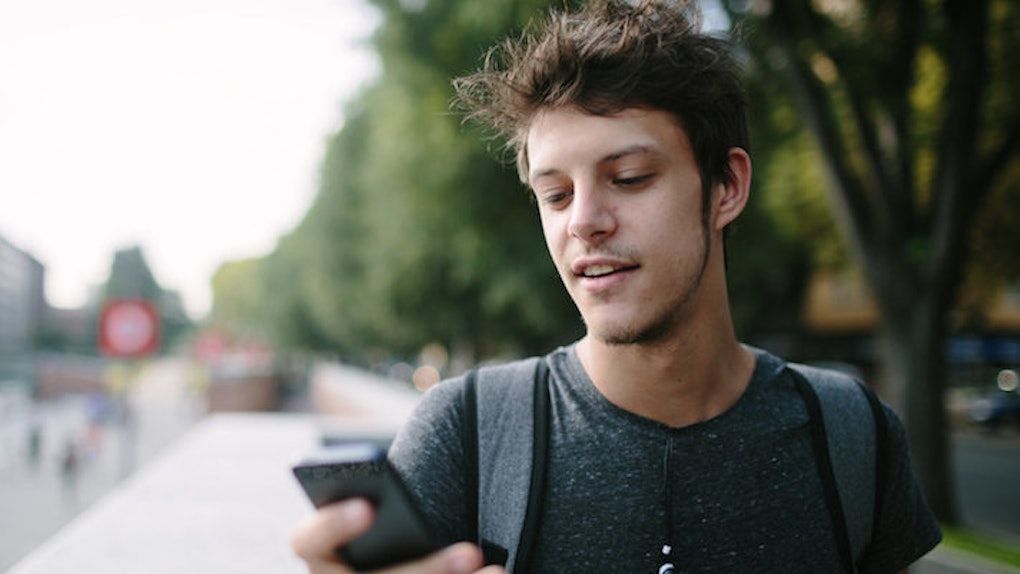 Guys Reveal How Their Texting Habits Change When They Like You

I'm what people would call a "bad texter."

Of course I read my friends and family's messages, and of course I care about what they have to say... of course.

Of course I read my friends and family's messages, and of course I care about what they have to say... of course. But the fact of the matter is that I’m regularly forgetting to respond to them, which is pretty much the opposite of how I act when I first start crushing on someone. Whether you’re the best texter in the world or you’re like me, the beginning stages of texting someone is always going to cause a shift in your typical communication style. Both girls’ and guys' texting habits change when they start to catch feelings.

I mean, are any of us really surprised by this information? Think about how your heart skips a beat when you see the name of someone you were into pop up on your phone. Think about the hours we put into making sure we show our crushes the absolute best, wittiest version of ourselves. The way we text people we’re romantically interested in is an entirely different ballpark from how we text people we have no interest in ever making out with.

In a recent Reddit thread, dudes got pretty honest about the ways in which their texting habits change when they actually like someone. And we have the best responses here for you.

He loves the constant communication.

If it's someone I'm not interested in then I tend to not text back after a certain point. When I click with someone though, it's totally different. We can talk about anything and everything and it can almost be annoying how often I get texts after a certain point but I also love the constant flow of conversation so it's cool. All in all, I would have to say yes, I definitely try harder when it's a girl I find interesting.

After reading text from girl I'm like: "just play it cool, man, just take it easy. You don't have to respond right away. Give it a half hour or something man. I know you know what you wanna say but just take it ea- oh fuck it; just send that shit."

After reading a text from friend I'm like: next time i see him/her in person hey remember that meme you sent me a couple weeks ago? Laughed my ass off.

Basically if I'm interested in her I might actually text her with some regular frequency. Not anything too often but like I might with one of my guy friends. A girl I am not interested in probably will not get texted unless

I am feeling nostalgic about a memory

She texts me first

As for content, with a girl I like I'll probably drop a few hints and flirt a little bit. Whereas a girl I'm not into will get the basic amount of communication required to convey my idea.

I actually have a girlfriend whom I love very much so my texts with her usually end up being VERY smutty or just very casual like "hey do like when I wear that one shirt? thinking about wearing it to dinner"

He tries to start a conversation most days.

It tends to be the only time I check my phone for a reply. And I'll start a conversation most days. I even check my phone after I leave work, though I know she'll be asleep, I stop the car as soon as 4G signal kicks in. As for always starting the conversation it depends really. It reflects well on you, that you're interested and friendly. If he's not the most forthright and talkative then it's understandable if he doesn't start it a few times.

He pays attention to who sent the last text.

I'm not good at keeping in touch with people, I'm not a serial texter and don't text too often, however if it's a girl in interested in then i'll make the effort.

He starts to overthink things.

I tend to overthink/overanalyze messages and the conversation if I'm interested in her. When I'm not it's just another conversation.

He uses more of a filter.

If you're the only one instigating, you might want to reconsider whether or not this is a relationship you want to pursue. Less "is he interested in me?" and more "am I interested in someone who can't be damned to put in some effort?"

He keeps the conversation going.

I keep the conversation going. If a conversation leads to a dead-end I'll think of a new topic. Also, I'll actually ask them to hang out at some point

He gets nervous to read your response.

Interested: text girl, immediately close phone and toss it across the room, where it remains until I gather up the courage to check it.

There you have it, ladies: Guys are just as freaked out about texting the person they like as we are. Phew.

This article was originally published on Aug. 23, 2016