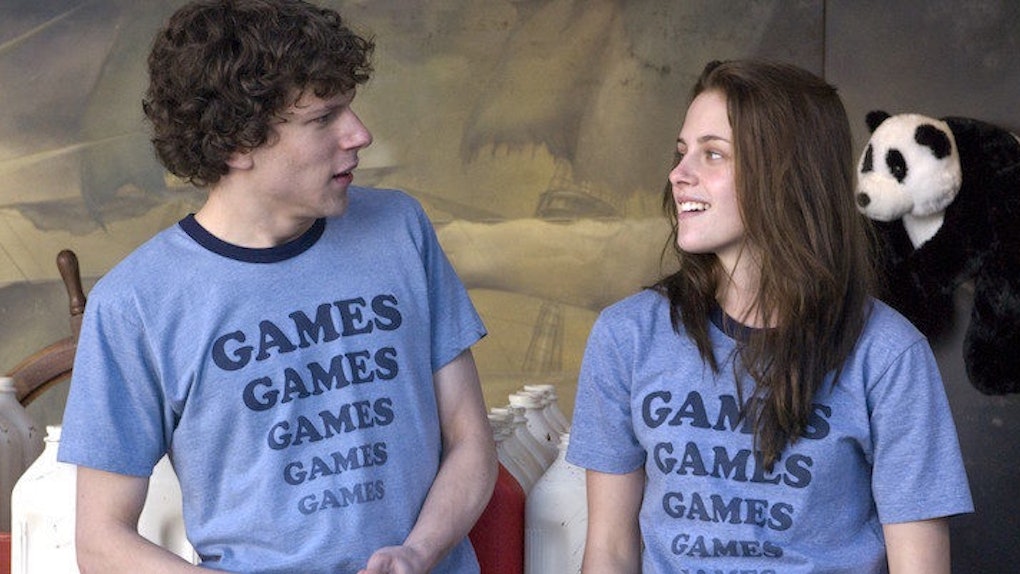 I think it's ironic that our generation, which grew up with Disney classics like Aladdin and TV couples like Topanga and Corey, is also known as the "hook-up generation."

But really, how differently do we date?

Not every single Millennial is out to sleep with someone they've known for all of five minutes.

And if they are, that's their prerogative.

I don't partake in hook-up culture but this is what I know.

1. Being the single friend makes you the guinea pig.

Being the single friend means your friends will suggest you just "put yourself out there more". It's usually the friends who have been committed the longest that seem to encourage you the most to "get out there" and want to know all about your "adventures".

I recently discussed online dating with a friend who has been with her high school sweetheart for 12 years. The look on her face was a mixture of confusion, pity and curiosity.

While my closest friends know me well enough to know I'm not one to randomly hook up, it's also frustrating when friends expect that of you. Apparently it's unusual to be a single woman by choice.

2. We have a million ways to communicate, but it can still mean we're terrible at communicating.

A friend of mine was casually dating a guy and when she texted him asking if he wanted to hang out.

He replied, "I can at some point tomorrow, if you'd like."

It was the last part that set her off. It made her feel like he was doing her a favor instead of wanting to see her as much as she wanted to see him.

What could have potentially turned into something more substantial became a hookup because he was too casual. Ambivalence can be enough to convince someone not to get too invested.

We're the first generation to prefer texting over actually talking on the phone. But texting can be impersonal and lacks tone, so it's easy to fall into the habit of playing the texting game.

Do you double text? Do you initiate a text? How many exclamation marks and emojis are acceptable? When are kiss emojis appropriate? How long should I wait before I text him back?

Some people just find it easier to not respond and move on. As in, they ghost someone or -- even worse -- get into the habit of benching people.

3. Traditional dating habits are outdated but not forgotten.

Millennials may lament all the dating apps that exist but we also like to believe that love is real and possible outside the digital realm.

On a recent trip I met a 24-year-old who got on Tinder to meet people after moving to the city. Some of her matches became good friends but the one guy she fell hardest for turned out to be her neighbor.

And while some people like to #netflixandchill, there are others who actually want that without the subtext.

If you've dipped your toe in the online dating pool, you've opened a Pandora's Box of opportunities. But with so many options, most Millennials are meeting more people than they ever could otherwise. The bigger the pool, the more you're going to want to explore.

Hooking up is a relative term and technology has made it easier to meet people. Connecting is still hard and even though "catching feelings" is scary, we want that as much as any other generation.

I've found that men and women dislike the game even as they're playing... but they still do it.

The truth is a lot messier and complicated than a moniker that assumes a whole generation is simply hooking up without inhibitions or hopes for monogamy and a family.

It should be noted that with all this talk about meaningless sex, a recent study found that Gen Y is having less sex than previous generation. So yeah, there's that.

So being the single friend doesn't mean we're hooking up or waiting for prince charming or whatever lies in between. It just means that, like everyone else, we've got a lot of shit to deal with and maybe at this moment in time, we'd rather do it alone.