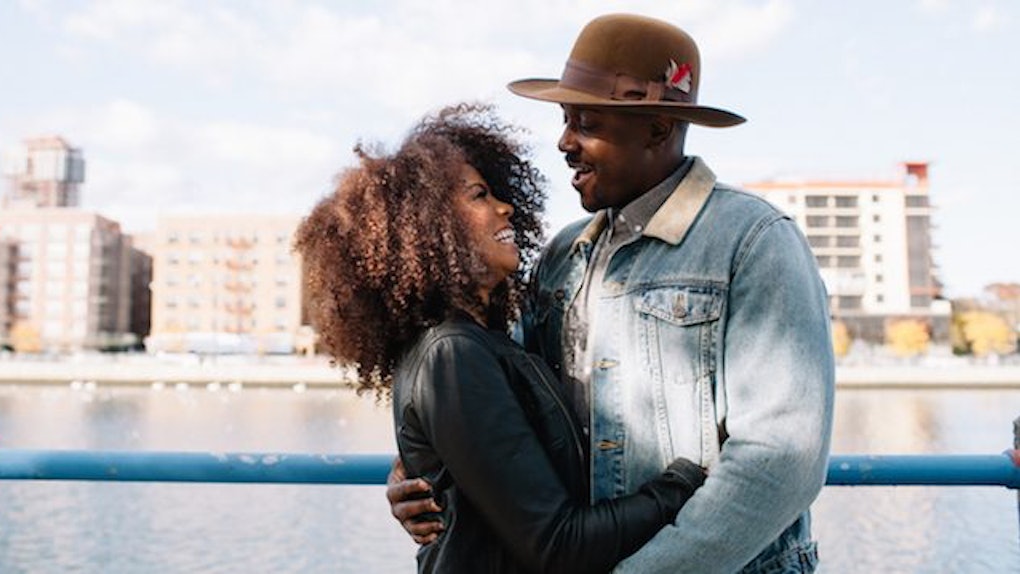 15 Signs Your Hook-Up Buddy Wants To Be Something More

A hook-up buddy is just that: someone you have no feelings for who you bump uglies with from time to time.

But it's not always that simple, especially when it comes to that pesky "no feelings" part.

Someone always ends up catching feelings. It's practically inevitable. Either one person catches feelings and the other doesn't feel the same way, so they end things, or both people catch feelings and they end up as more than just hook-up buddies.

That's why these flings never end up lasting that long.

The thing that really complicates everything is that, within a "just hooking up" type situation, you CANNOT admit to having feelings under any circumstances. The moment you admit to feelings is the moment you relinquish your cool, DUH.

So, how are you supposed to have any idea if the person you're regularly banging wants something more? Don't worry, I've got you covered.

Here are all the signs to look out for:

He doesn't go a day without texting you.

It's pretty standard for hook-up buddies to only converse when booty calling each other. But if this dude is going out of his way to reach out to you and make conversation even on the days you have no plans, odds are, it's because he likes talking to you.

He sticks around the next morning.

Instead of bolting out of your room the next morning to tell his friends about how he hooked up with that random girl again, he wants to stick around and hang with you.

Why? Because he LIKES you.

He doesn't shy away from calling rather than texting.

A phone call is pretty much the boldest profession of love we have in this day and age.

ALL of his friends know who you are.

This means he's talked about you, which means you're not some irrelevant girl to him.

He introduces you to all of his friends (who already know who you are).

Not only do his friends already know who you are, but he also wants you to get to know them all. He wants to include you in his world because he wants you to be part of it.

He wants to include you in his world because he wants you to be part of it.

You go on dates.

He reaches out to you when he's sober.

He makes sure your relationship isn't based on a bunch of drunken encounters by incorporating you into his sober life. You're not some drunken mistake to him.

He remembers random things you've told him in passing.

Because he actually listens to what you have to say.

He goes out of his way to do things for you or with you.

This isn't just a convenience thing for him. No, he's willing to go the extra mile if it means making you happy.

He tells you personal things about himself.

There are things he tells you that he might not tell even his best friends. There's something about you that he just trusts.

He inadvertently hints that he likes you... a lot.

From that time he drunkenly told you he loved you to the time he whispered that he always has so much fun with you, he may not have blatantly screamed out, "I LOVE YOU," but he hints at his feelings for you all the time.

He makes an effort with your friends and family.

From accepting your dad's friend request to joining in on a group text with you and your best friend, this dude goes out of his way to hit it off with your friends and family.

He wants to hang out even when he knows you can't hook up.

Even if you were sick with the swine flu, he'd come over with ginger ale and toast just to watch movies with you.

He makes plans with you for the distant future.

He invites you to concerts and other ticketed events months and months from now because he just assumes you'll still be part of his life.

He wants to talk about what you are.

I guess this is the biggest sign of them all. If he says he wants something more, uh, odds are, HE DOES.