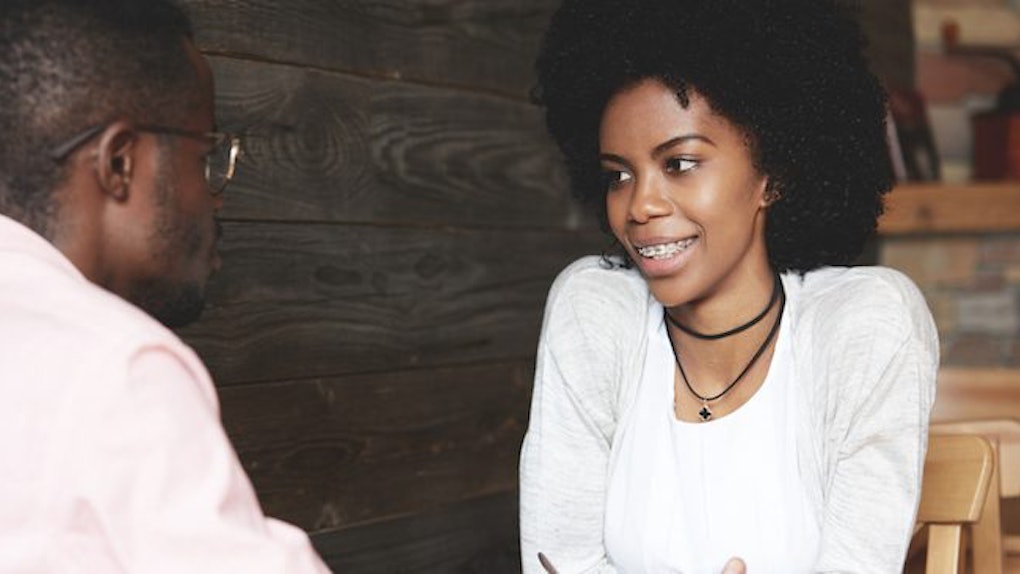 3 Signs He's Not That Into You, So Don't Expect Something Serious

Dating isn't easy. It's basically just getting to know someone and hoping that, each time you hang out, you don't ruin it. Plus, it's hard to tell if someone likes you, if they're playing hard to get, or if they just don't like you — especially in the digital dating age. Sometimes, the signs he's not that into you just look a lot like modern dating, even though they shouldn't.

I asked Eric Resnick, lead dating coach at ProfileHelper.com, how to tell exactly when a guy isn't serious about your relationship, because it's not always easy to spot, especially because men are from Mars, and women are from Venus, and all that kind of stuff.

"First, it is important to realize that some guys just really suck at communication. You can't take his discomfort or unwillingness to show you his vulnerabilities as abject proof of his disinterest in a long-term relationship," says Resnick. "That said, a serious relationship is going to be a lot harder to maintain if he isn't willing to share. Also, it might not be that he isn't interested in pursuing a serious relationship, but that you might be further along than he is on the journey to get there."

So if a guy isn't communicative with you, it doesn't necessarily mean that he doesn't want to get serious. However, there's gotta be signs that indicate the person you're seeing is just not that into you or isn't looking for a relationship. But what are they? Well, if a guy never talks about the following things with you, then it's likely he's not serious about your relationship.

If your partner isn't willing to open up and be emotionally vulnerable with you, then they most likely don't see the relationship as something serious, and probably as primarily sexual instead.

Resnick says a good indicator that he's not emotionally invested in the relationship is "when he's clearly been brooding about something for a couple of days, but is unwilling to share what's wrong with you."  Of course, he doesn't have to share every single detail of why he's upset with you, but according to Resnick, "when it is something that has clearly affected him for a while, he should be willing to open up to someone he trusts and cares about."

If you're not your partner's safe space or confidant, then it looks like you have a shallow, surface-level connection on your hands... or at least a relationship that's still in the beginning stages of its development.

2. He Doesn't Talk About The Future

If your partner isn't talking about the future, then most likely, they don't see one with you in it. Resnick explains, "If you've been together for a while and he isn't willing to talk about what he sees in the future for the two of you, it is a good sign that he hasn't really been thinking about having a future with you."

If someone wants to be with you long term, then they'll be making plans for days, weeks, months, and even years from now. Commitment won't scare your significant other, but instead, it will excite them. If your partner isn't discussing the future with you, then their plan for the future might be getting out of your relationship.

3. He Doesn't Introduce You To His Circle

Part of a serious relationship is commingling friends and family and bringing your worlds together. "If you've been dating for a while and you don't know anything about his friend group, there's a good chance that he's not taking the relationship seriously," says Resnick. "If he was, he'd want you to meet the other people who are important to him."

When it comes to dating, it's important to trust your gut. If you think your guy might not be as into the relationship as you are, then unfortunately, you're probably right. If someone likes you, then you'll be able to tell. If your partner isn't being communicative with you, then it might be time to consider whether your relationship is right for you.