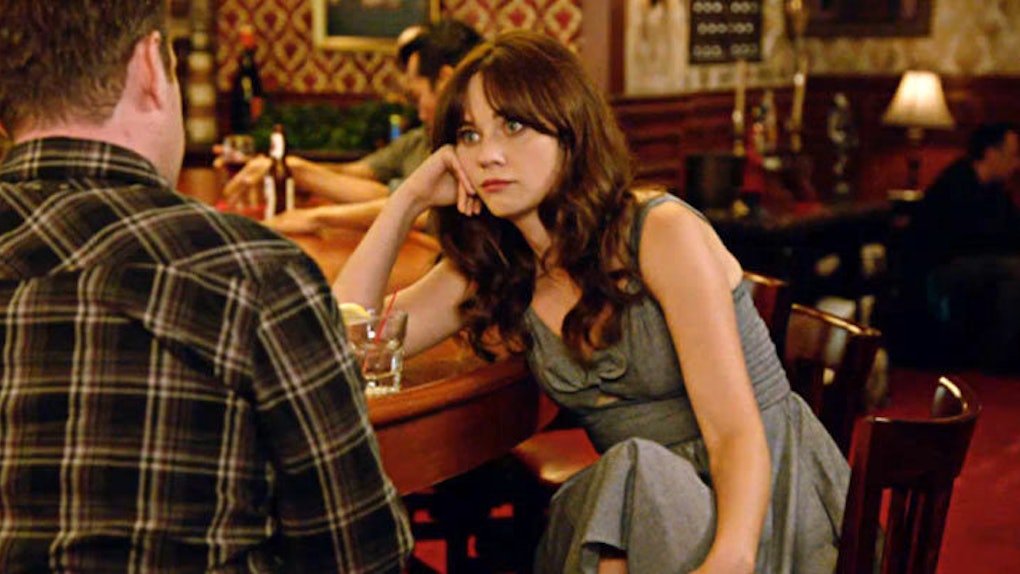 Here's Why Your Date Thought You Were A Creep, As Told By 7 Women

I love dating.  I'm not really sure why I like it so much, since my anxiety level is probably higher than the average person, but meeting and interacting with a fresh face is just so much fun.

Going on so many first dates (courtesy of Tinder) has gifted me with the ability to make a successful first impression. It's rare that I find myself stressing about the best color to wear or exactly how to hold on to good conversation.

Frankly, I know just how to work it.

Unfortunately, that's not the case for everyone. Some guys can come off so aggressive and creepy, whether in their mannerisms or in the amount of cologne they're doused in, their date could be itching for the check the second they sit down.

For a few unlucky ladies, the only feeling they got from time spent with their dates was pure disappointment.

So in case you're wondering why you didn't snag a second date, here are seven reasons why your date might've known you were a creep:

You took no time to get to know her:

I arrived three minutes past our 8 pm scheduled date, and the guy was already halfway through his drink. When the bartender asked if he wanted another one, he declined, leaving me rushed to chug a disgustingly strong cocktail. (A bitters bar was his choice.) He paid the bill, and we left as soon as I finished my last nauseating sip. Talk about a rushed date. Give a girl a chance, bro!

You started off the conversation by being offensive:

A date once told me reading fiction was a waste of time, and anyone who does is an idiot. I told him I have a 'Harry Potter' tattoo and left.

You repeatedly called her by the wrong name:

I went on a few dates with this guy I met on Bumble, and he kept confusing me with other girls he was talking to. It happened twice on our first date, and I brushed it off since it's not like I wasn't talking to other people, too. It happens. Then, it happened again on our second date. I was like, 'You've GOT to be kidding me. Get your shit together, dude.' He also thought we were actually going to hook up after that. Boy, bye.

You revealed a little too much:

I went on a date with a guy once who, when he showed up at my place, asked if he could shower because he rode his motorcycle into the city, and he was sweaty. But I quickly said no. Then, within the first 10 minutes of dinner, he told me about how he got caught smuggling drugs across state lines and was sent away to reform camp in the woods, where he had to forge for his own food. He then made me pay the bill because he claimed his parents took all of his money.

You proved how ignorant you were:

I went on a date with a fancy hand surgeon, who started off our date by saying, 'You don't look totally white. What are you?' Full disclosure: I'm half Chinese, and that was already in my profile. He then proceeded to tell me he didn't know there were any types of Asians other than Chinese until he was in his mid-twenties, before segueing into an ignorant comment about gay men loving to be around hot, straight men. Before I knew it, he butchered jokes from an Aziz Ansari, described how tiny 'really fat' women's wrist bones were and revealed he'd moved to New York with nothing but his surf board. No, thank you.

You ended the night by making the worst possible assumption:

I had someone on a first date stare into the restaurant (we were sitting outside) so much that I had to ask if he knew someone inside. Eventually, he eventually said he saw a girl 'that he fucked' freshman year of college and 'she was a psycho because she wanted me to be her boyfriend.' That same guy also showed up to the date late and drunk and assumed I would go up to his apartment when the night was over.

You ruined the movie:

My date asked me to go to a movie on a Friday night (normal) at 11:30 pm after he was done with work (not normal). He picked me up in a cab with a water bottle of vodka for us to pregame with. He bought me a slushy and gigantic bag of popcorn, which I was super excited about until he poured half of his bottle of vodka into my slushy, completely ruining it. As we were going up the escalator into the movie, he tried to kiss me and continued trying to kiss me through the rest of the movie. It was super annoying... that is, until he FELL ASLEEP.

I promise, dating can actually be a pleasurable experience. But whatever you do, don't be ANY of these guys.