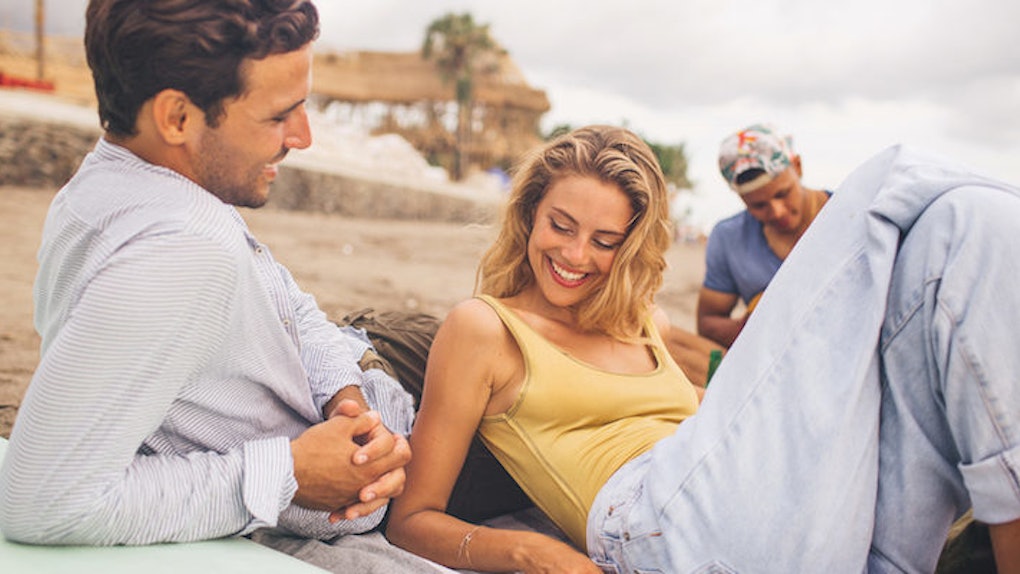 When it comes to dating, I've experienced some of the do's and a million of the don't's. I've even learned a few lessons along the way.

Do yourself a favor and stick by these 10 truths.

1. If he really likes you, he'll make it happen.

For years I thought I could intentionally orchestrate little "coincidences."

I'd try to run into him at the club, hang out at the same bar or go out with a mutual friend, hoping I'd get his attention. If he saw me all the time, he'd inevitably fall for me, right?

It's only taken me 23 years to figure out a simple truth: if he really likes you, he'll pick up the phone and call you.

After all, if he doesn't make an effort to see you, what's the point?

2. You don't have to fight the competition.

I wish I could go back in time and tell 18-year-old me this:

Don´t waste energy scaring off other girls. If he wants to mess around with other girls, he'll find someone. He just doesn't like you enough and you shouldn't be dating him.

3. Long distance is a waste of time.

The only thing you'll get out of a long distance romance is heartbreak and disappointment.

First, feelings cool off. Then neither of you is getting enough sex.

Then trust issues start to creep in. Is he sleeping with someone else?

Have you ever found yourself staying up at 3am staring at your phone and wondering why he didn't call?

I have. And I'll be damned if I ever do it again. Ain't nobody got time for that.

4. Open relationships are an illusion.

I hate to ruin the beautiful dream, but if you're with someone and he doesn't care to be dating you exclusively, he doesn't like you enough and you should go find another lover.

Once I realized that, I got out of my "open relationship" mess and got into a real relationship.

5. If he reschedules, don't go out with him.

I'll never agree to meet a guy who rescheduled for no valid reason.

If that shit worked on 18-year-old you, fine, but don't let it fly a day longer. As I said, if he really likes you, he'll make it happen. Know the value of your time and only allow reschedules for a valid reason (puppy funeral, illness or international trips -- only if he can provide Insta proof).

6.Whoever said that opposites attract clearly died miserable and alone.

If he hates taco Tuesday, likes to veg out on the couch on Saturday night and wouldn't hike Kilimanjaro with me, we can´t hang.

I've come to realize I much prefer to be dating a like-minded man with shared passions for fitness and kinky bedroom games than someone I'd have to change myself for.

7. If you can't travel together, you shouldn't be together.

Travel is when your best and worst traits come out in full force.

I was once dating a guy who'd complain about everything on our trip, from the hotel room to the car service and even the city's architecture.

Then again, I dated another guy who had so much energy, he wouldn't even stop to use the bathroom. Halfway through the trip, I got tired of pounding espresso and told him to go clubbing alone.

Once you find someone as passionate about seeing different places and as indifferent to whether you stay at a luxury suite or a tent, you hang on to that boy.

8. If he's not willing to introduce me to mom, you have no future.

College me thought that the reason my boyfriend didn't introduce me to his parents was because he wanted to be sure in his feelings. Though he came to see me every weekend, he never for a year told his parents where he was going or that I existed.

I finally confronted him and realized he was double-timing me while going out with his neighbor. So there you have it – if he won´t tell mom about you, something's up.

9. You don't have to tell him everything.

I always used to say that complete honesty was the base of every successful relationship.

As I got older, I realized this was only 90% true.

Sure, tell the guy you're dating how you feel about him. But you don't have to complicate things by admitting to harmless things that can easily be misinterpreted. For example, I went home to Bulgaria for a summer and met my ex for coffee in the middle of the day. He's a good friend and was dating someone else at the time. Totally harmless. But when I told my boyfriend, he freaked out.

As long as you're not lying or cheating, you're fine. There's no reason to stress out your boy without reason.

10. It's all about compromise.

We all love the honeymoon phase of dating, with its fantastic sex, funny stories and great conversations.

But sadly, it ends pretty quickly.

From then on, it's all about compromise. If you can't agree where to go on vacation or where to go for dinner, you're screwed. Compromise is everything.