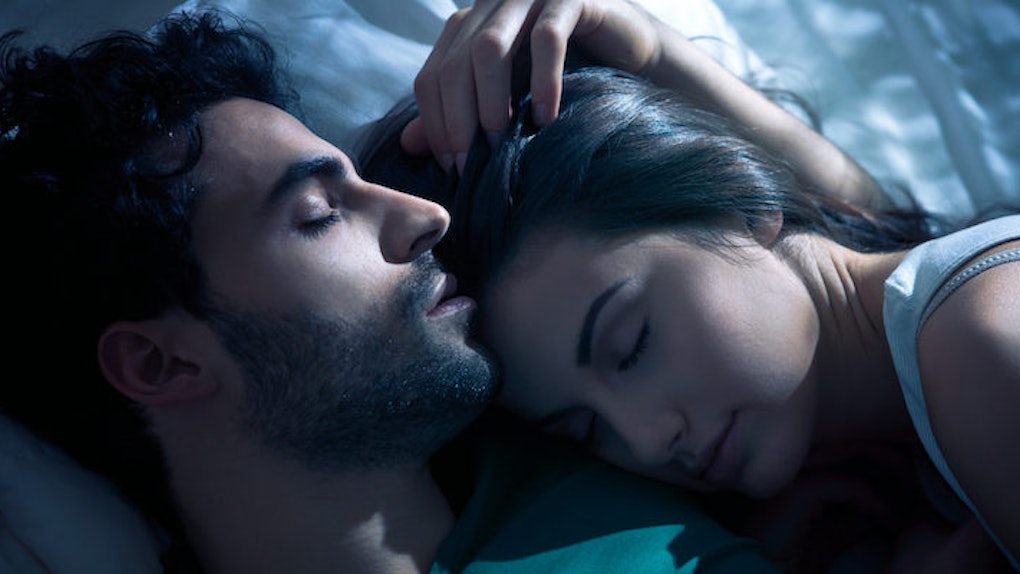 Sex Scenes Can Infiltrate Your Dreams At Night

I typically wake up from my dreams in one of two ways: covered in a cold sweat, or rocking an incredibly strong erection.

Bet you can guess which one I prefer.

While I have my own theories as to why this happens, I've never actually been able to explain what has caused such vivid and hot visions to invade my subconscious during my attempts at a good night's sleep.

A new study from Ohio State University found that watching any type of sexual media before bedtime — whether it be on TV, your laptop or tablet, or even in a video game — can cause you to have a similarly sexy dream that night.

Watching any type of sexual media before bedtime can cause you to have a similarly sexy dream that night.

In the study, people who viewed some type of sexual media at least 90 minutes before dozing off were six times more likely to report having a sex dream that night, as opposed to those who, you know, just watched the news or something.

Yep! Media is SO powerful, "[it] can have an impact on us even when we're sleeping," Brad Bushman, Ohio State University communication and psychology professor and study co-author, says.

Personally, I've always found this to be true in my own life, even before science backed it up. Whether I've just binged a TV show or found myself thinking about a certain someone, odds are, they will pop up in my dreams in some capacity.

But get this: The same study also found an even heavier connection between dreams and violence in the media. Those who watch violent shows every day are 13 TIMES MORE LIKELY to have violent dreams.

So yeah... a late-night viewing of something super brutal and bloody could turn your dreams into a hazy, low-budget horror movie that won't end well for you.

My advice gained from all this scientific info?