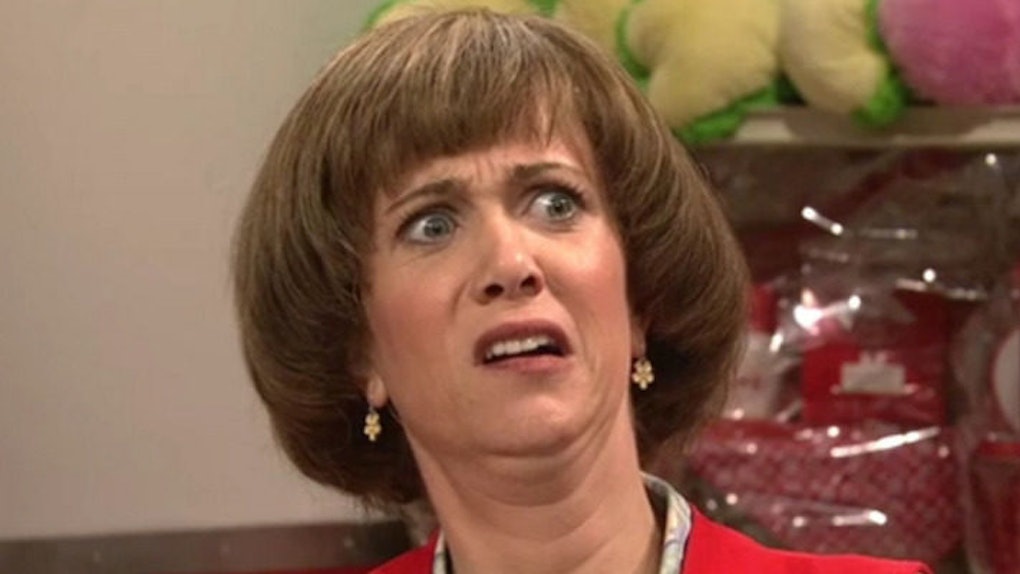 I met up with my fuck buddy after a round of drinks. He and I shot the shit for a bit, got wasted and eventually were ready to go.

We started off in missionary (my second favorite position after being on top. What can I say? I'm pretty cut-and-dry in the bedroom), but things got hot and heavy quickly. His favorite position was doggy, so I said "sure!" when he asked to switch to it up.

We moved over to a wall of his bedroom, where he took me from behind. My eyes were shut because, well, I was just so ~in the moment.~ But his eyes must have been closed, too, because the next thing I knew, I felt something girthy trying to make its way into my butthole.

As I felt the helmet of his penis begin to enter me, I yelped, "No. NO! That's the wrong HOLE..."

Then, bam. In it went, all the way, then quickly back out, like the gross lizard tongue of a bad kisser (ugh). As soon as the perpetrator realized what he did, his eyes grew wide.

I put my hand up and waved it around. "Time out. Stop talking. Just stop."

Hunched over, I made my way over from the wall to the other side of the bed. I was naked and vulnerable, and probably bumping into shit because it was dark AF.

I tried as hard as I could to shake off the feeling of a large, un-lubed wall of flesh coming at me the wrong way. But alas, I failed.

He insisted we start back up again, but my poor little butthole couldn't muster up the stamina.

"I don't know if I can have sex right now," I said, angry but despaired I hadn't yet reached orgasm. "My body needs to recover." He fell asleep peacefully while I lay awake all night with a sore bum.

But the pain was unbearable, and scarred me from ever doing it again. It was like trying to button my post-Thanksgiving dinner belly into jeans I bought at my skinniest. Something that big just isn't meant for something that... tight.

It was like trying to button my post-Thanksgiving dinner belly into jeans I bought at my skinniest.

Maybe — MAYBE — if I were super drunk and had a giant of lube lying around, or if I found myself in one of those relationships where we become increasingly bored with our sex lives and spend our free time Googling "ways to spice up sex life," my mind wouldn't be as made up.

Or maybe I just haven't met the penis — I mean, man — of my dreams. You know, one that I'd want to enter my butthole.

By sticking it in my butt, are you trying to tell me that my vagina isn't good enough for all the sensations you want you and your penis to feel? Princess Jasmine (my vagina) doesn't deserve that kind of treatment.

...That, and it just grosses me out, to be honest. I'm all up for adventure, but there is a fine line between adventure and pain. I'll stick with painless adventure.