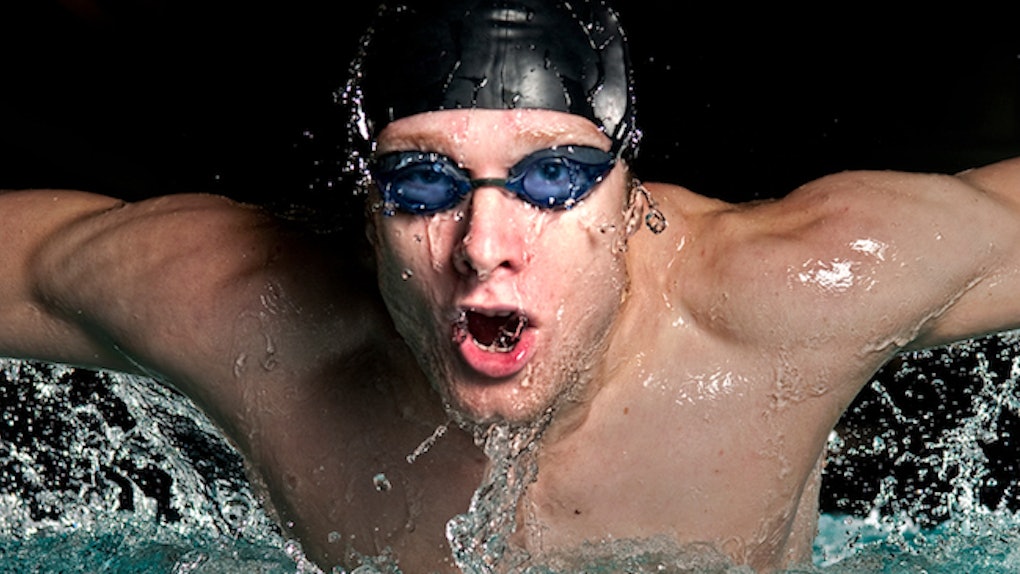 If you haven't had the chance to get to the gym with this sweltering heat, I'd like to suggest a way more fun way to get in some cardio; find a Sagittarius who is down to f*ck, and get it on.

If you've ever screwed a Sagittarius, you know this sign lives life fast and loose. They want adventure, they want a challenge, and they want to expand -- by learning, living, and loving as much as possible.

Sagittarius people have sex the same way they live -- like they're training for an Olympic event that never comes.

Don't Expect To Take It Lying Down

Just cause you're going to bed doesn't mean you'll be lying down. You'll probably try it every other way but on your back.

Think of sex with a Sagittarius as a boxing fight, but with lots of kissing and tongue. They don't want a partner who just lays there, they want a sparring partner.

Sagittarius is more likely than any other sign to start foreplay standing up. They don't need an "appropriate" setting to start their engines, because their engines are already running.

You'll Break A Sweat Before You Even "O"

Sex with a Sagittarius is like a circuit training class that ends in an orgasm.

This sign makes their sex life an athletic triumph. It's not about deep connection, it's not about touching souls, it's about breaking a sweat and having a great fucking time. No pun intended.

Be prepared for the use of bars, poles, swings... basically anything in the house that can be used as a gymnastic sexual tool.

Like olympic athletes, Sagittarius has a physical strength that seems half-human, half animal.

It's no surprise that they are represented by the Centaur. They have the physical sex drive of a stallion during breeding season. They refuse restrict themselves and they allow themselves all the freedom in the world to express those physical impulses.

More prudish signs will leave a sexual experience with a Sagittarius wondering if some kind of stamina pills were involved... but no, it's just that natural Sagittarius vitality.

You'll Tap Into Their Unlimited Power

Sagittarius is ruled by Jupiter, the planet of expansion, creating a personality that cannot be confined.

They can be passionate to the point of exhaustion, treating sex like an indoor (or outdoor) sport, in which they have to prove their skills and endurance.

Like a professional athlete, a Sagittarius' insatiable appetite for experience, coupled with their idealism, often produces the type of person who is driven to the point of seeking out endless variety when it comes to sex.

They see every person as a conquest, and they're going for the gold medal.

It's not that they are searching for the perfect person; they just don't know where else to put all that powerful energy, so they put it into the chase.

It takes a lot to be able to keep up with them, but if you can allow them to lead the way and are ready for the cardio, a Sagittarius could be the most fun you've ever had in bed.